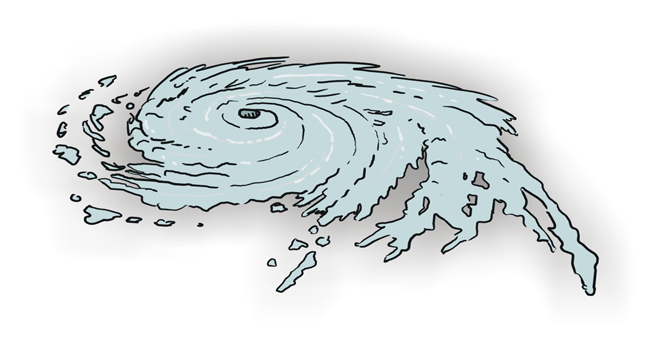 Week 40 Review – ISM Madness, a mixed Jobs Report and the FOMC Meeting ahead

Week 40 has come to an end and it’s time to review the trades that have taken place this week.

We’ve had some great trade signals this week! 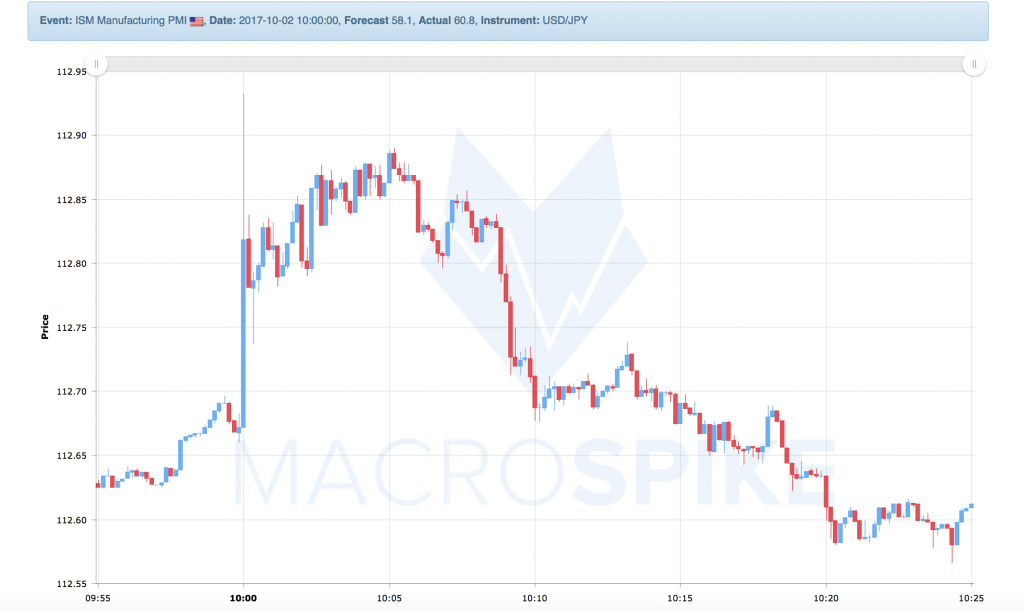 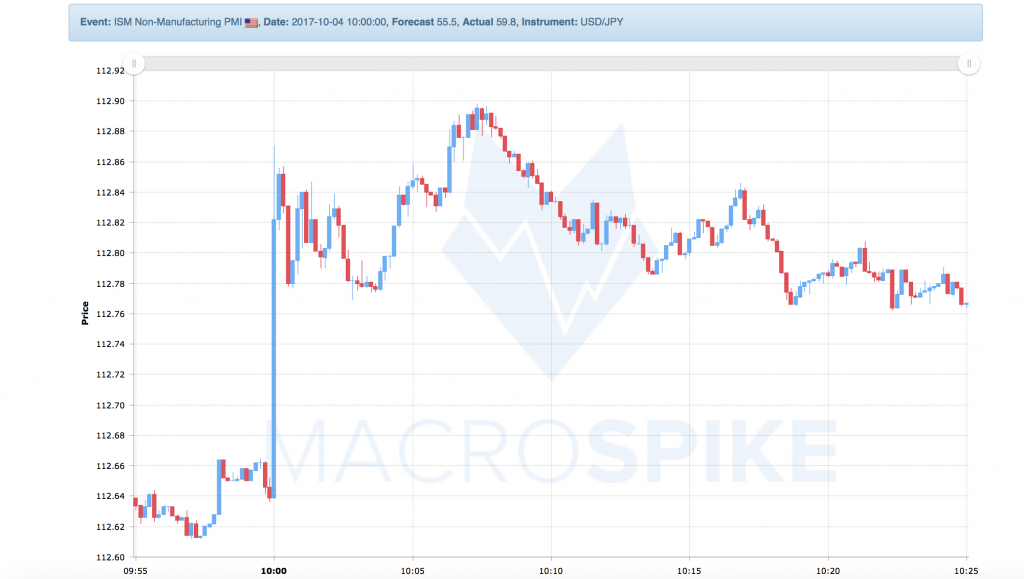 The most important event, however, was, of course, Friday’s US NFP Jobs Report. As already laid out in our Trade Plan, we were cautiously prepared for some surprises here but this was truly a big one.

The first report, factoring in the effects of the Hurricanes, posted a loss of -33k jobs, beating all but one analyst’s expectation and the first negative payroll number in 7 years.

Almost equally surprising was the positive number in US Average Hourly Earnings, rising by 0.5% m/m and beating all expectations. The AHE now stands at 2.9% y/y. This is the wage inflation the FED is looking for and a strong argument for another rate hike.

As a result, the Dollar rose in the immediate aftermath of the Jobs Report, ignoring the huge miss on the payroll numbers.

Luckily for our members, our risk analysis parameters identified the conflict and therefore we send out a No Trade signal. 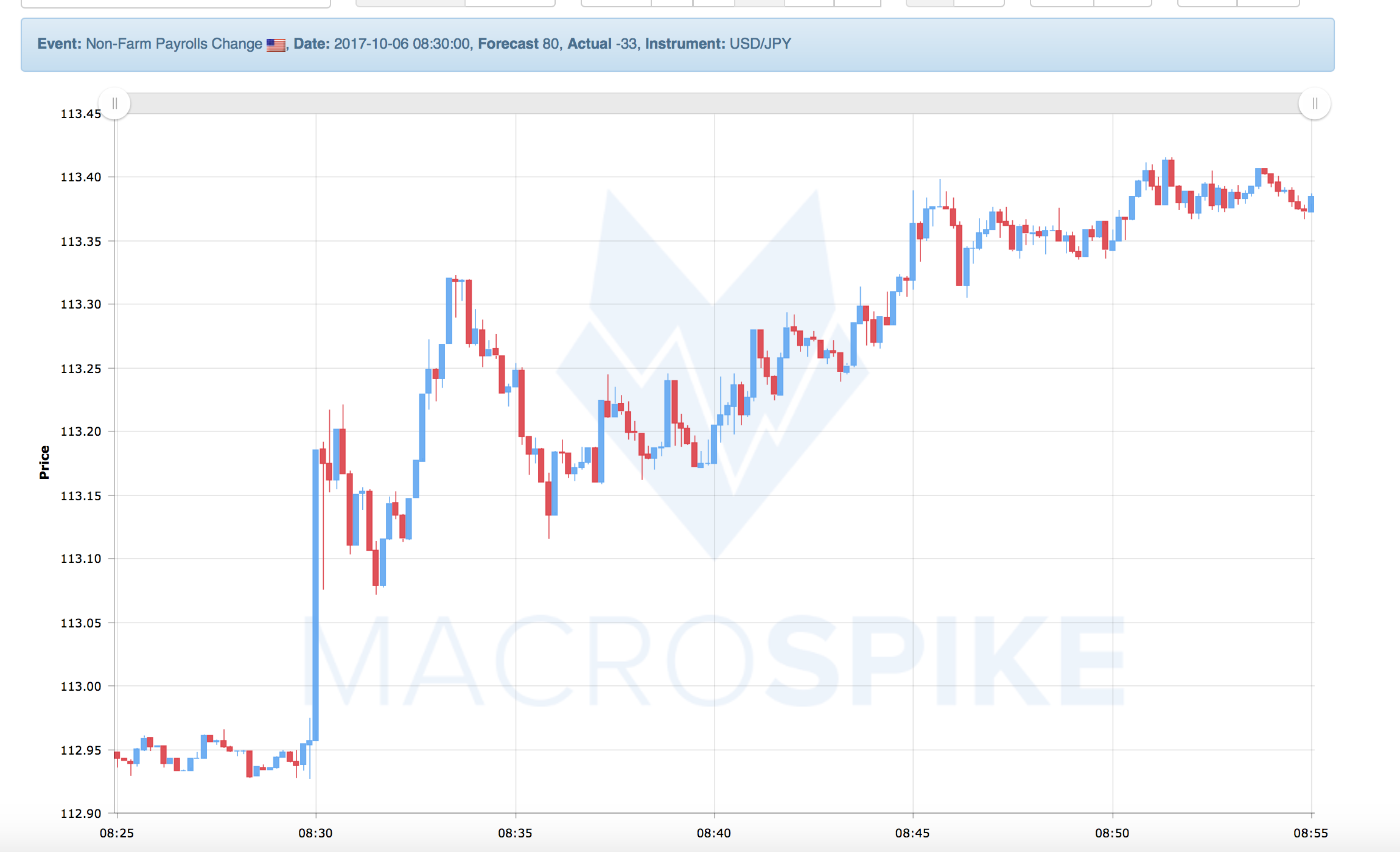 As an interesting side note, this NFP reversed the already weakening Dollar/Equity correlation on the report. While the Dollar rose, equities sold off. This is a little surprising since weak jobs are not supportive of growth, while wage inflation is the huge argument for a future rate hike. 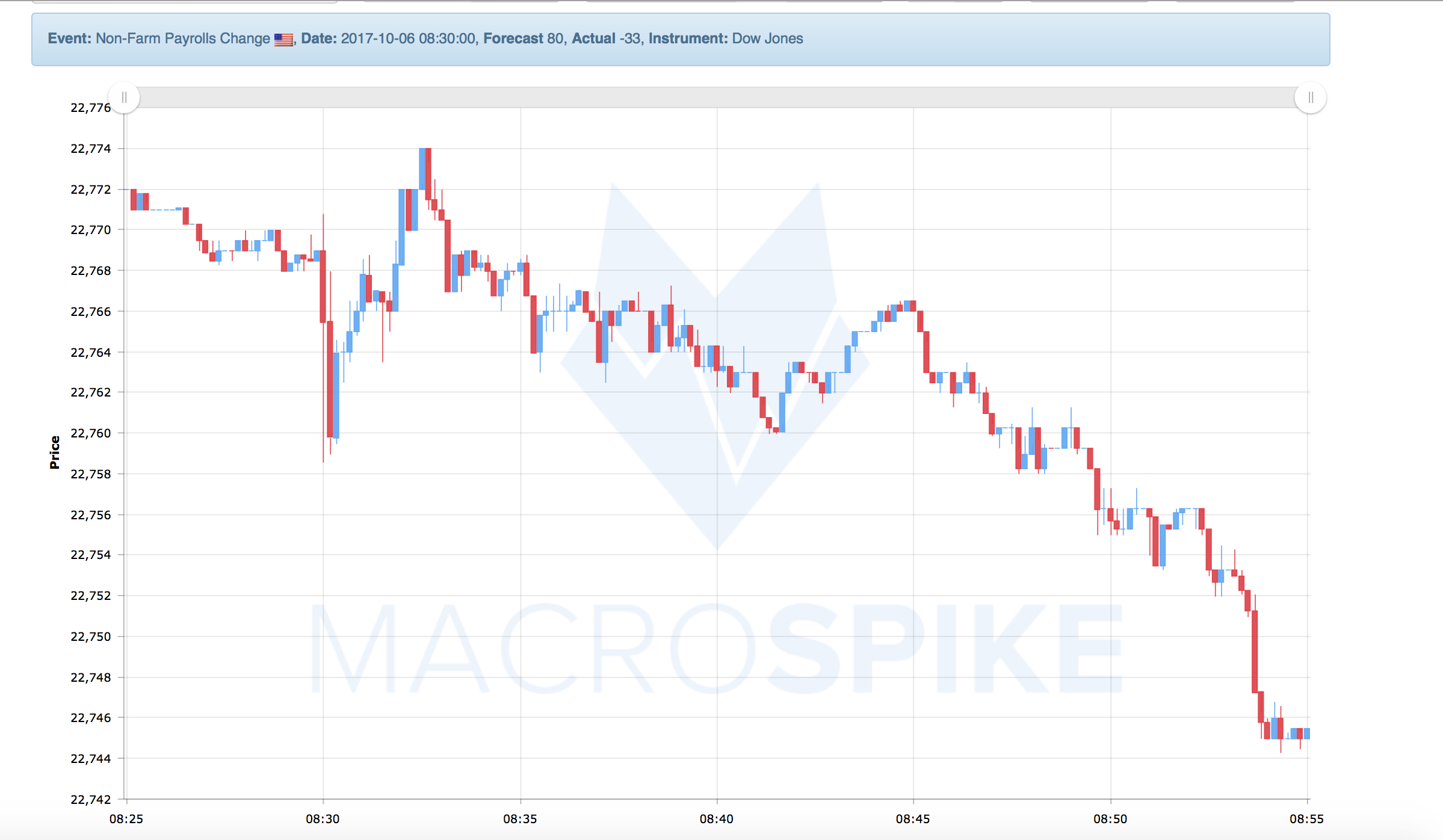 In the immediate aftermath, CME Future implied rate hike odds rose to 94% before falling to around 80% following the increasing tensions between the US and North Korea. This is in line with Goldman’s Chief Economist Hatzius who raised his personal odds to 80% for a December rate hike (up from 75%).

We have a rather slow week ahead of us.

The only notable events will be Wednesday’s FOMC Meeting where we hope to find some more hints about the FED’s December meeting. Voting member Kaplan reiterated shortly after the release of the NFP numbers that he remains “open-minded” to a December hike although he’s “not there yet”.

On Friday we have the US CPI numbers which will be released simultaneously with the US Retail Sales. This is without a doubt very unfortunate. Last month we saw a fantastic 50 pip move after a +0.1 miss in headline inflation. Also, the latest PCE numbers have shown increased sensitivity with a 25 pip move. We expect inflation indicators to only increase in performance over the medium term.