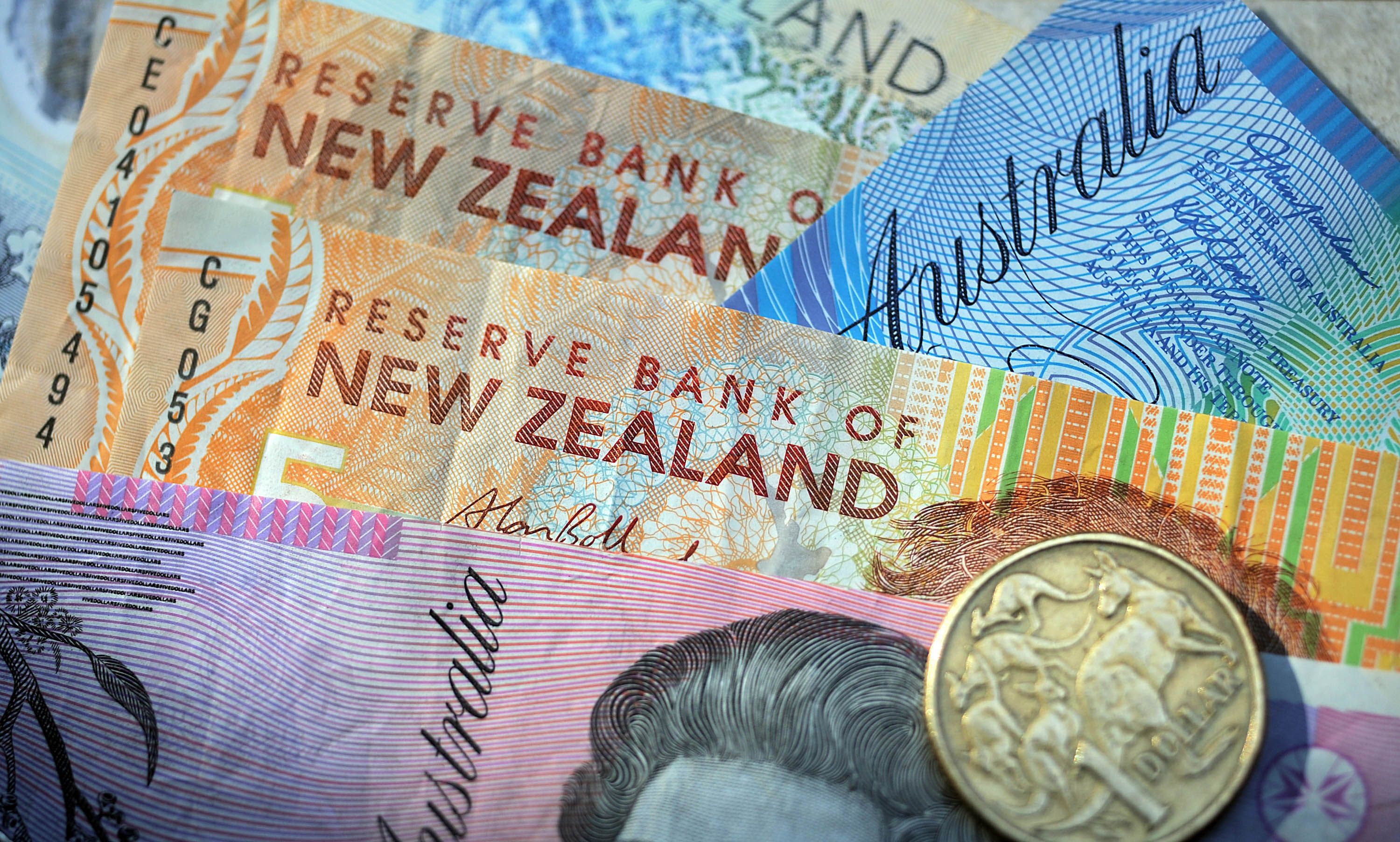 Week 44 has come to an end and it’s time to review some memorable trades and see what’s ahead in the week to come:

August GDP surprisingly contracted by -0.1%, while the market had expected a growth of 0.1%.

The Loonie sold off 60 pips in the immediate aftermath. A very slow move, providing a nice entry. 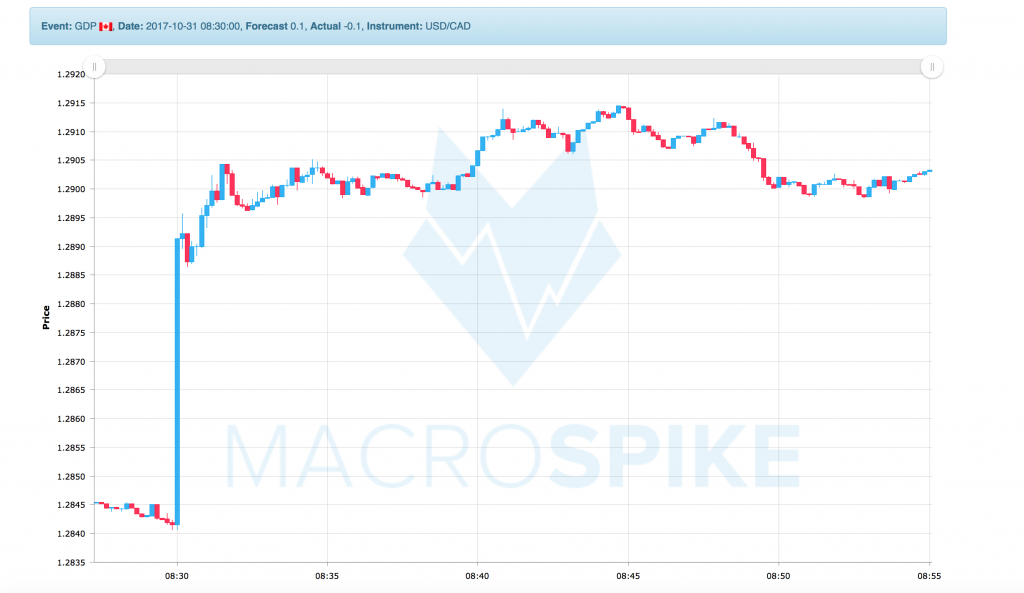 The BoE hiked interest rates for the first time in over 10 years, just as markets had expected.

While initial reaction was to the upside, the pound suddenly tanked on the release of the dovish statement that included that “all members agree that any future increases in Bank Rate would be expected to be at a gradual pace and to a limited extent.” 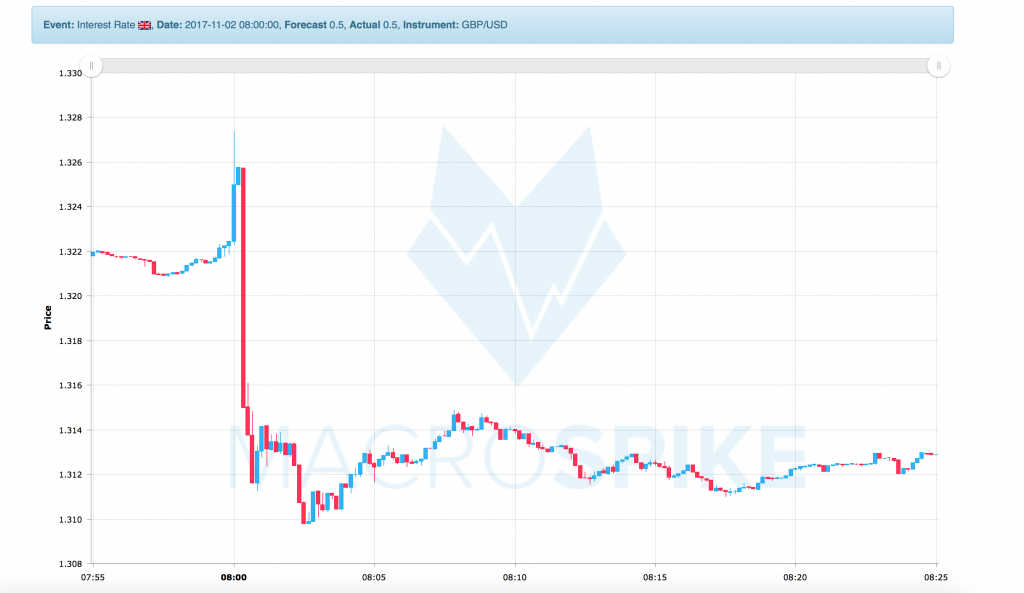 AS opposed to previous statements, it also did not say that ‘more hikes might be needed than the market expects.’

Judging by the more than 1% spike it seems like the BoE once again missed the right tone for their forward guidance. That promptly resulted in a reaction similar to what we have seen in August of this year. The BoE’s track record of raising and shuttering market expectations is a story of it’s own. For those who may have forgotten: 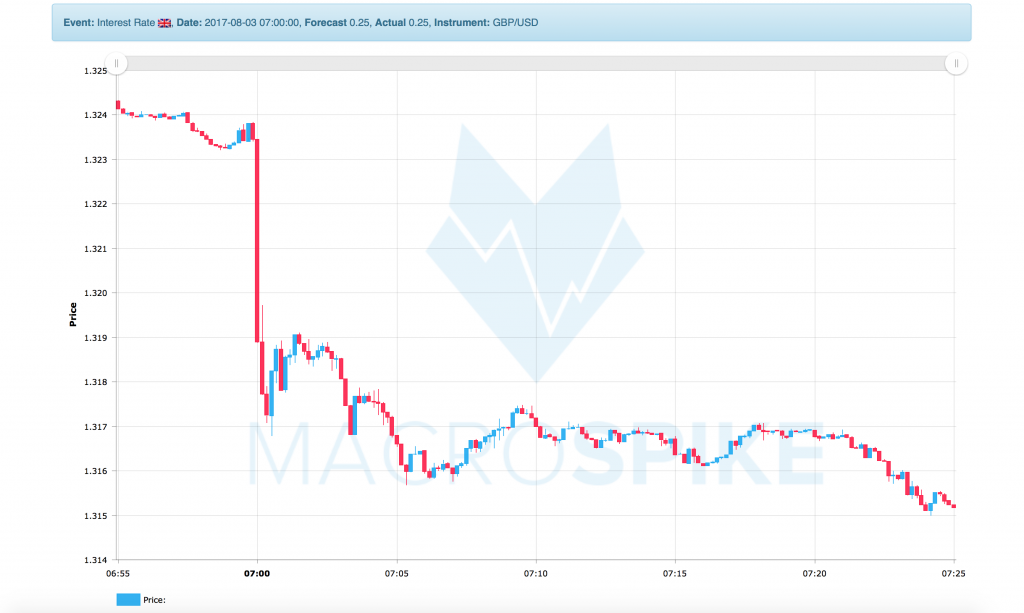 And, courtesy of ZeroHedge: 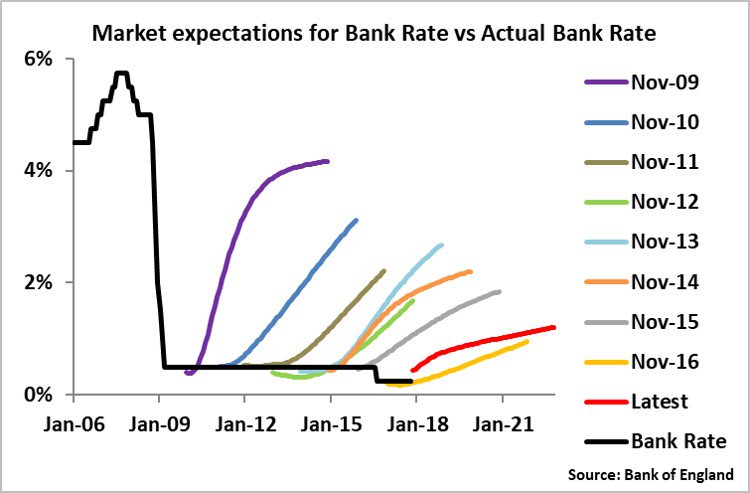 The NFP numbers, still distorted by the hurricanes in September, where set for a huge rise of 313k this month. However, they came in at 262k, while Average Hourly Earnings stayed flat (-0.2% m/m).

Initially the Dollar, Bonds and equities all tanked but quickly reversed. As we’ve warned our readers in the trade plan, NFP numbers are still extremely dangerous, though the speed of the reversal was, in face of the low AHE readings, somewhat surprising. 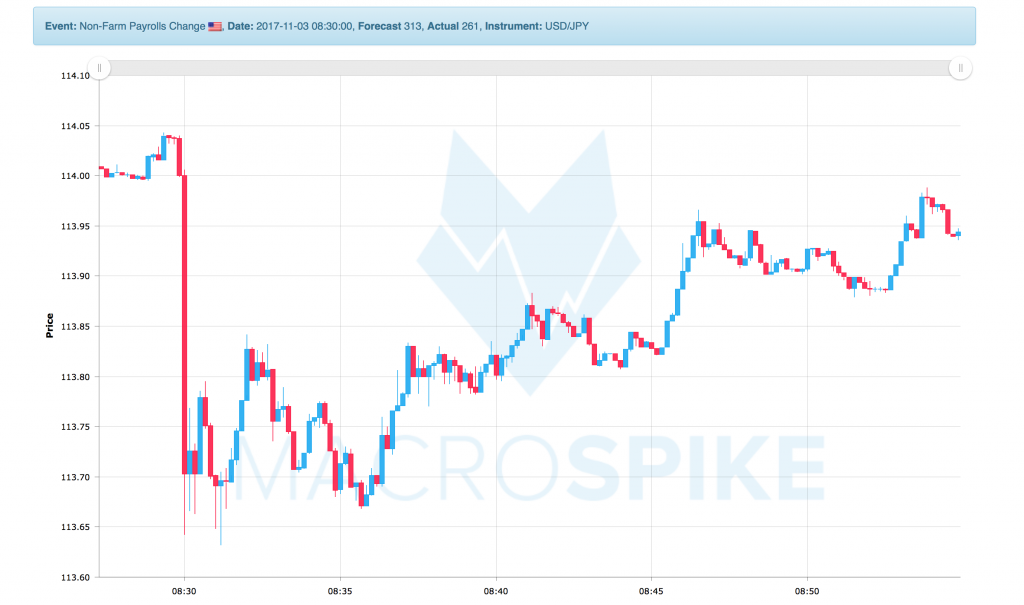 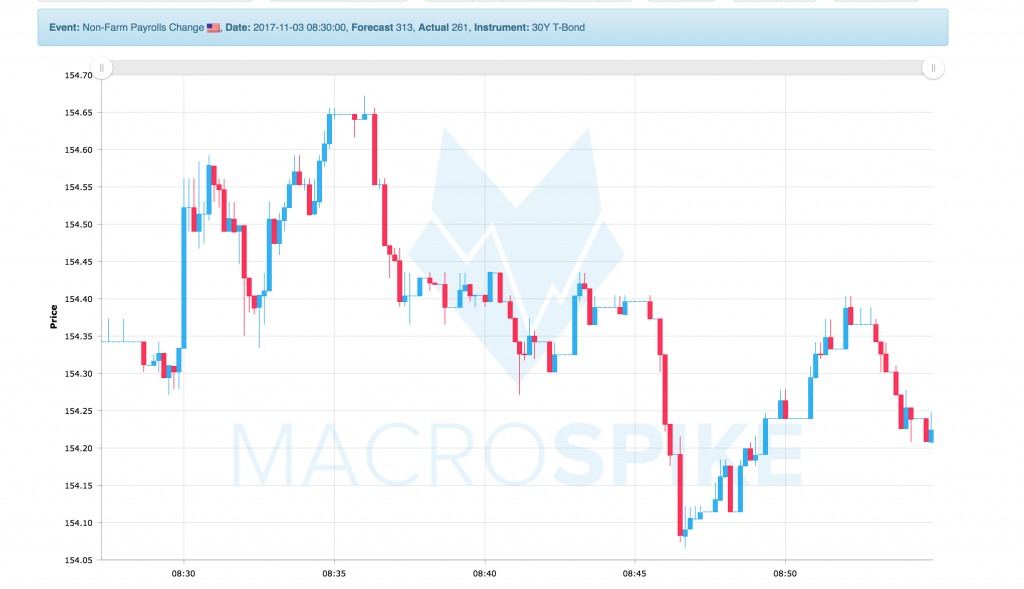 We have a slow news week to come.

We await interest rate statements from the RBA on Monday night, the RBNZ on Wednesday and Banxico on Thursday. None of them is expected to change.

For Australia out of 48 economists polled by Reuters, 47 expect no change.  Future implied probability for a hike stands at 0%. Overnight Swaps currently indicate no change until at least mid-2018 (see picture below).

The latest CPI disappointed experts and missed the bottom of the RBA’s inflation target range. It’s extremely unlikely to see any move on Monday here. More interesting might be the quarterly Monetary Policy Statement that will be released on Thursday evening. 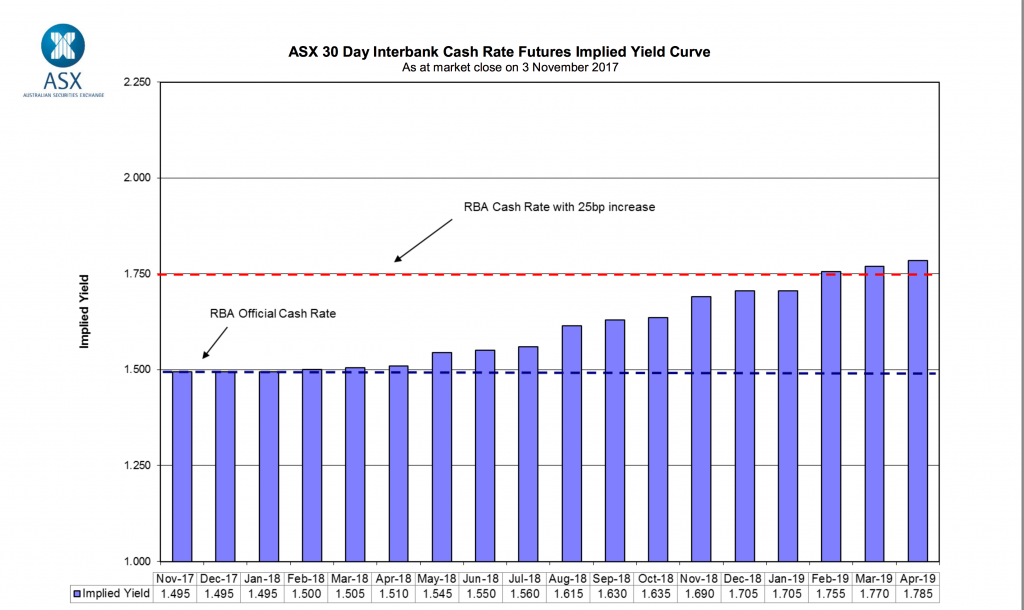 The newly elected Labour government in New Zealand  is set to add full employment to the RBNZ’s policy targets. Though tangled by low liquidity, we already saw the Kiwi react pretty nicely to the Employment data on Tuesday.