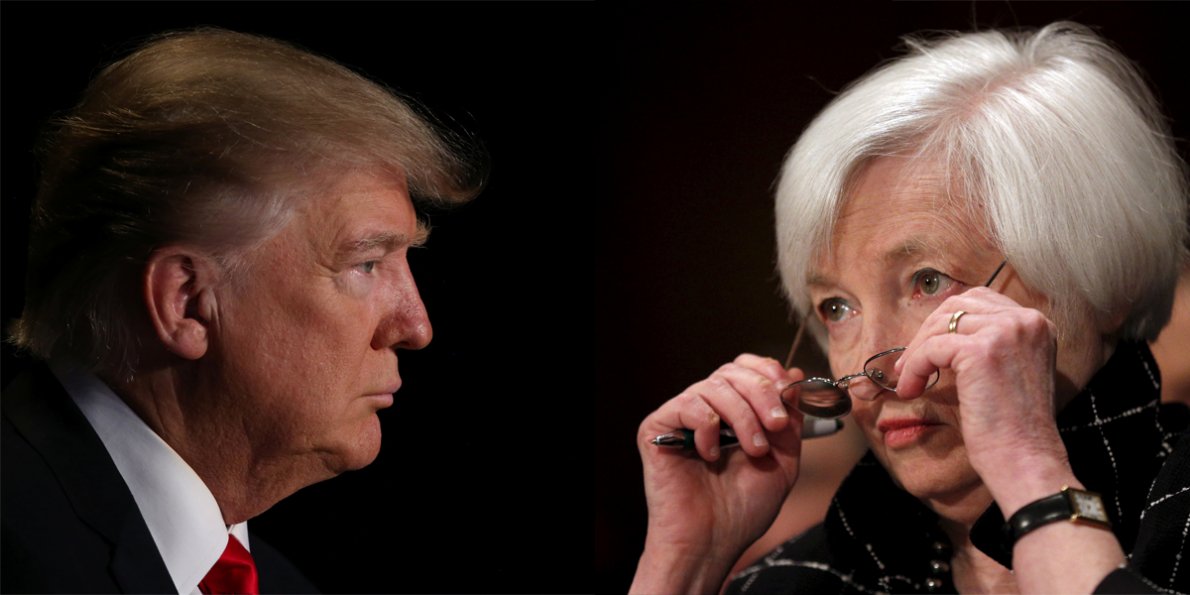 Week 43 has come to an end and it’s time to review the memorable events of last week and what’s to come in the week ahead:

Oh, what a wild week that was! With the sheer amount of interest rate statements we were prepared for some volatility and we were not disappointed.

Though we only received a single signal on the FX BOLT this week, it turned out to be a fantastic one. Let’s review some of the main events, as they will also play a crucial role in the bombshell week ahead:

Wednesday’s GDP numbers were of particular interest for news traders. As we had already announced to readers in the trade plan our preferred scenario was a positive surprise for them. We anticipated that this would support hawks among the Bank of England, who analysts expect to announce their first rate hike in a decade on Thursday. And that surprise is exactly what we got. A 0.4% growth Q/Q (+0.1%) lead not only to a fantastic spike in GBPUSD but a prolonged repricing in interest rate expectation. GILTs were the main driver of the move falling more than 60 points in the aftermath. 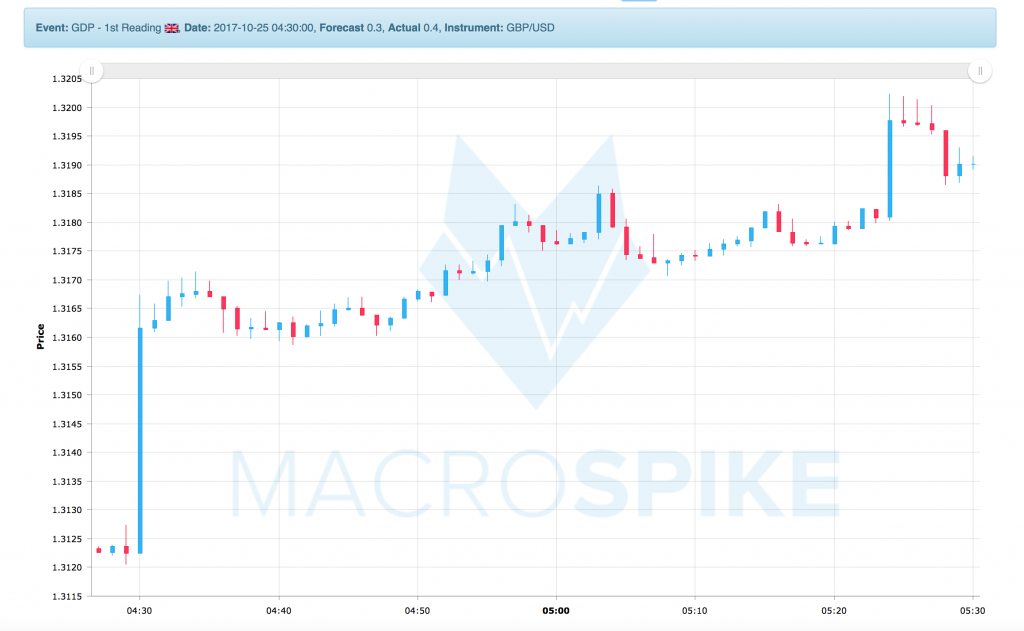 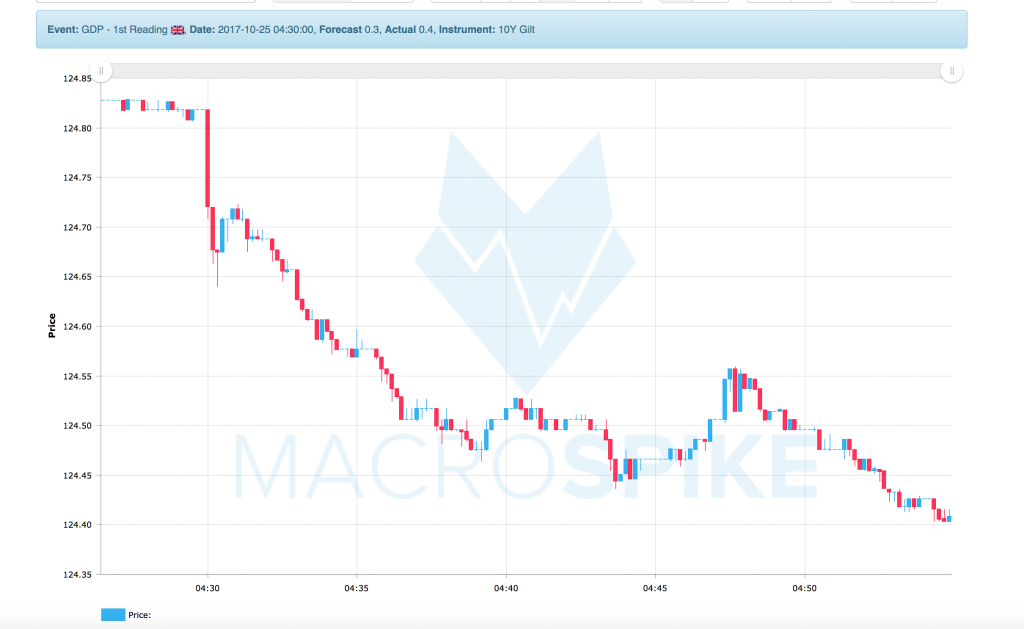 Market’s are now pricing in a 90% chance of an interest rate hike on Thursday (up from about 80% last weekend). On one hand, the UK’s inflation rate hit 3% this month and unemployment is at a historic low.  On the other, consumer spending is falling and the uncertainty surrounding the impact of Brexit is waning over the country.

Though many analysts are referring to this as ‘the first hike in over a decade’ we must keep in mind that the central bank is only reversing last year’s emergency cut, where the BoE helped to support liquidity in the aftermath of Brexit. Should the BoE really hike next week it doesn’t mean they are initiating a hiking cycle in the medium-term. Much rather, they are bringing one of 2018’s expected hikes forward to help curb inflation and fulfill their mandate.

Wednesday also brought us the release of the Canadian interest rate. After the disappointment in CPI and Retail Sales the week before, no change was expected here and that’s just what the market got. However, the central bank’s quarterly monetary policy report was surprisingly dovish and the Loonie spiked lower against the US Dollar.

Although noting that less stimulus will be required over time, the central bank will be ‘cautious’ in making future adjustments, citing a strong Canadian Dollar, ‘substantial geopolitical uncertainty’ and the NAFTA renegotiation.

Overall, Poloz said the remain ‘strongly data-dependant’: “In particular, the bank will be guided by incoming data to assess the sensitivity of the economy to interest rates, the evolution of economic capacity, and the dynamics of both wage growth and inflation.”

We can expect the high sensitivity for Canadian news to remain for the months ahead, which is, of course, great for news traders like us. With the CA GDP to be released on Tuesday of next week, the next important data point is also only a  few days ahead.

Though the moves in the aftermath of both UK and CA data were already extraordinary, the biggest move was set loose by ECB president Draghi. In a highly anticipated announcement on Thursday, the ECB reduced their bond purchasing programme PSPP by 30bln € per month and extended it until December of next year, largely in line with market expectations. However, Draghi’s further remarks were seen as relatively dovish: No plans to raise rates ‘well past’ next September and only if the Board Members are sure to see inflation move towards the 2% target. They also remain ready to increase QE again, should the market require more initiative.

Following the announcement, EUR/USD started trending down and ended the week almost 200 pips lower. Overall, the Euro lost 240 pips following the rate decision. The move also gave a fantastic entry for MacroSpike’s News Retracement EA, that will be released later this year for MacroTrader users. 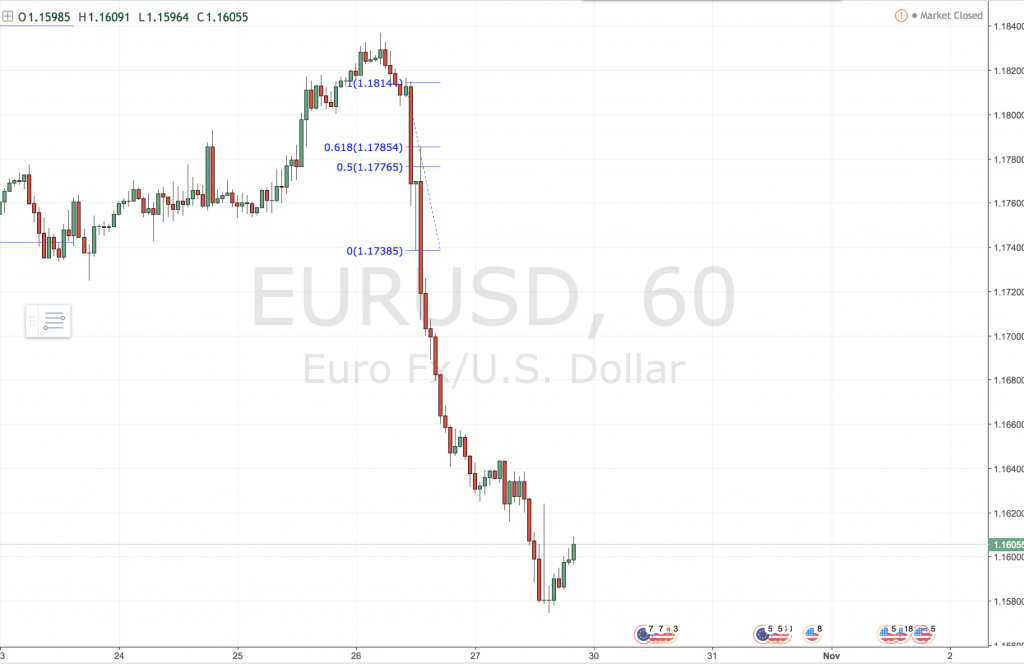 On Tuesday next week, we’ll already have a chance to see the next important data point out of the EU: Flash CPI numbers. Though Draghi’s comments were largely seen as dovish and an interest rate change is not in sight, we believe to see some market sensitivity to this release.

Any positive surprise is a sign of a move towards the ECB’s inflation target and could move another QE reduction further into the present.  Although no huge impact can be expected, we might see some decent moves, especially in BUND and DAX.

With Draghi on hold and the Fed likely to increase rates in December, it seems like the Interest Rate spread between the two economic blocs is likely to increase even further. This, along with other factors that we’ll be noting further below, will weigh on the Euro exchange rate and there is a good chance we might see a larger pullback in the EUR/USD.

This, of course, has to be seen in the light of the huge bulk of incoming data from the US.

Speaking of the US – saying that next week will be huge for the Dollar is really an understatement. Not only do we await the release of several very interesting economics indicators including the monthly Jobs Report, the FOMC will also deliver their interest rate statement. And if that wouldn’t be enough, President Trump is also said to announce Janet Yellen’s successor as FED’s Chairman, as he let his followers know in an Instagram video on Saturday (you gotta love that president, really).

According to Bloomberg, it is likely that this will be Jerome Powell, though this decision is not seen as final yet. Powell’s stance can be seen as a continuation of Yellen’s cautiously dovish stance. This is in stark contrast to John Taylor, who besides Mrs Yellen herself, is seen as the main competitor for the open post. The economist, publicly known for the development of the Taylor-Rule, one of the main metrics used by central banks to set interest rates, is a more hawkish person and a Fed under his rule would likely be raising rates much faster than under both Powell and Yellen.

Wednesday’s FOMC interest rate announcement is still under Yellen and it is widely expected for the FED to remain on the sidelines. CME FED Fund Futures currently imply a probability of about 1.5% for the Fed to raise rates to 1.5%. 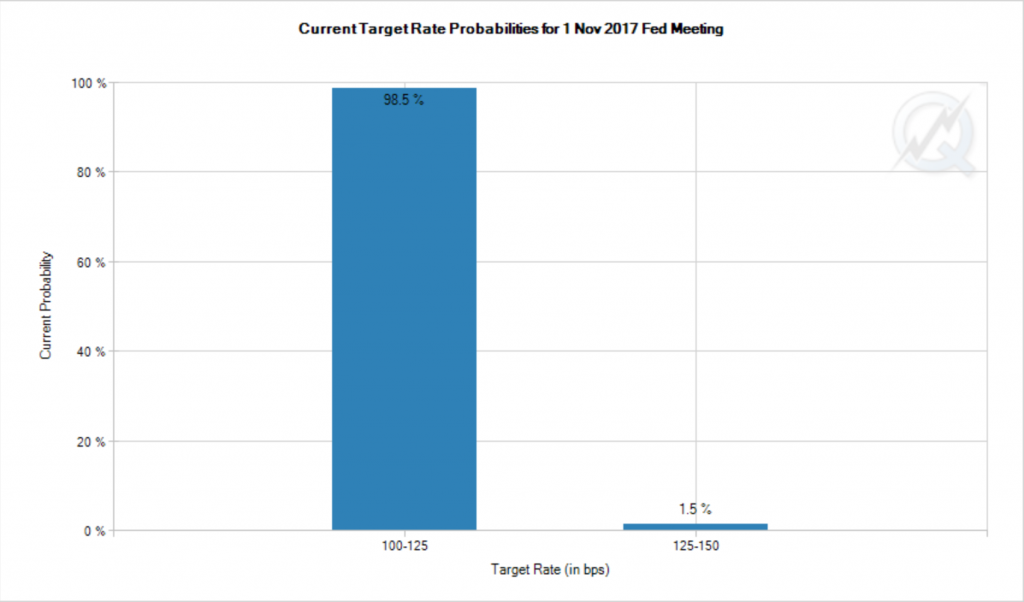 In addition, we have a flood of interesting indicators to be released:

On Monday we are awaiting Core PCE numbers. Our readers are well aware that we have been very vocal about the high market sensitivity to any sort of inflation-related indicator. Expected at 0.1% the market leaning towards a positive surprise (see chart below). Any negative surprise would likely trigger a decent market reaction, similar to what we saw last month.

On Tuesday the quarterly Employment Cost Index is to be released. This is an important wage and inflation tracker whose market sensitivity has increased strongly over the last 2 years. We expect this trend to continue and look forward to the release. We will be able to approach with an aggressive trigger setting. Expected to be released at the same time as Canadian GDP numbers, please read our Trade Plans before the announcement fo the reports, where we will lay out which triggers to be used for each of them.

In addition to that, we have ISM Manufacturing and Services PMI as well as ADP Employment data before we approach the big Jobs Report on Friday.

Payrolls are set to recover and expected at 315k. This is the highest expectation since May 2010 and just a month after the first negative numbers in over 7 years. Average Hourly Earnings are expected at 0.2%, down from 0.5% last month.

All of that comes at the backdrop of a US economy that has been affected by the Hurricanes Harvey and Irma. Since we still don’t know about the full distortion of them, we must look at these data points very cautiously. Similar to last month, we will likely have more conservative triggers than usually and employ a more extended conflict prevention system.

That’s it with the market briefing for the week. It’s hard to recall the last time we had such a dense week ahead. A lot of these events are potential catalysts for high volatility. Make sure to read our detailed Trade Plans to be prepared for every event.

Everyone enjoy the remaining part of the weekend and we wish you some successful news trades in the week ahead.