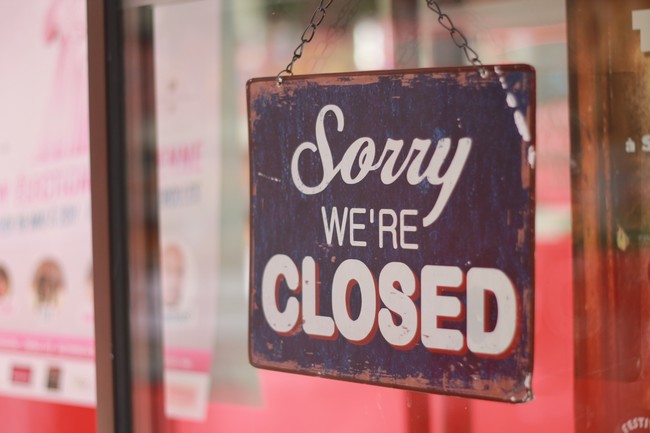 The third week of 2018 is over and it’s time to review this week’s remarkable events and what to expect from the week ahead.

There was no major economic news from the United States this week.  After the Trump Administration and Congress failed to reach a deal on funding of federal agencies, the government shut down on Saturday. It underpins the deep political division of of the country. The Dollar continued to post further losses against the major currencies over the week. Should Trump fail to reach an agreement over the weekend this could weigh further on the Dollar in the week to come.

That aside, we await a meeting of Canadian, Mexican and US negotiators on Tuesday for an update of the NAFTA talks. While Trump said on Wednesday that he would prefer a termination of NAFTA, most economists expect a renegotiation.

In addition, we await US Q4 Advance GDP numbers on Friday.

Speaking of NAFTA, Bank of Canada Governor Stephen Poloz said in a press conference that “it’s a very big unknown for us. It’s not just unknown what is happening but it’s unknown what it will look like and how its effects will work their way through the various channels.”

The Canadian central bank decided to raise interest to 1.25%, making it the first interest rate change for 2018.

Though mosts analysts had predicted the hike and Swaps showed that it was priced in fairly well, our expectations were proven correct that we would see an initial spike following the announcement. The signal provided a fantastic short term trade, as our models had anticipated. 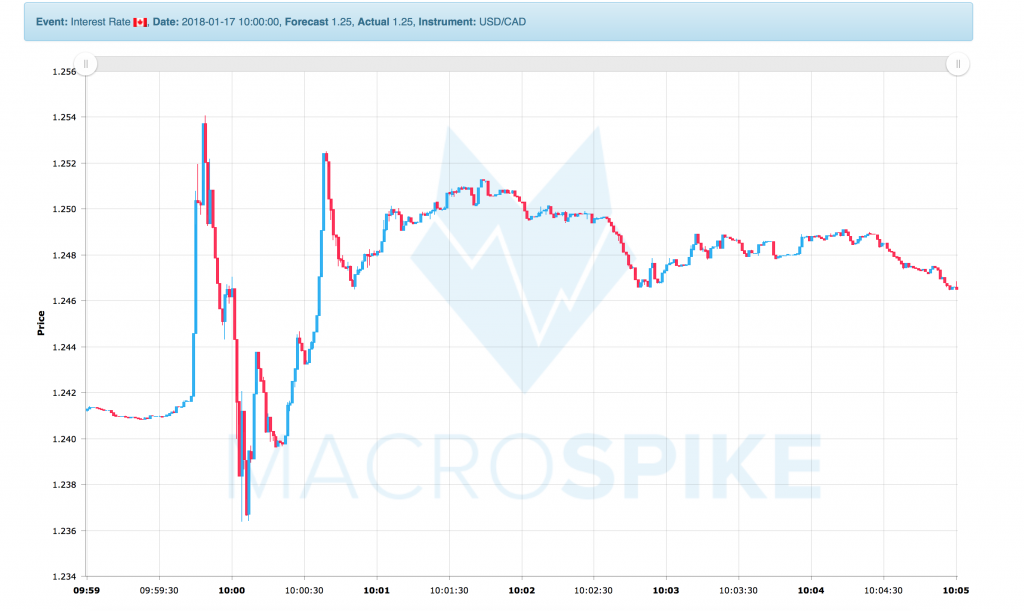 Though employment and growth are posting promising gains, the NAFTA negotiations are the major unknown in the central banks’ models. Thus, we can expect the Loonie to remain extremely sensitive as the negotiations move forward. In addition, Poloz reiterated the data-dependancy of the central bank and while he expects “some” further accommodations, much is dependants on the development regarding the trade agreement.

In the week ahead, we await Canadian CPI and Retail Sales data. Luckily for us, they are released on two different days, Thursday and Friday.

Friday’s CPI data is expected to be released alongside the US GDP data.

While previously we were forced to select our preferred event, the new version of MacroTrader, which will be released early next week, will allow us to trade both events simultaneously.

Last week saw the release of two major indicators for the UK: CPI and Retail Sales. Headline CPI for December came in at 3%, as expected and down 0.1% from November. While it marked a small drop from November’s record inflation, the ONS noted that it is still too early to say whether this is the initiation of a continuous downtrend for the CPI. The BoE and most economists expect CPI to fall, largely prompted by base line effects.

Friday’s Retail Sales were ugly. Headline number showed a monthly drop of -1.5%, 0.5% lower than median expectations. While the ONS pointed out that some of it is due to the trend of consumers moving Christmas purchases into November around Black Friday, there is no doubt that consumer spending is far from encouraging.

Next week we await employment numbers and Q4 Preliminary GDP numbers. Markets will be focussed on Average Earnings numbers. They have been continuously growing slower than inflation rates in the UK last year and BoE Governor Carney has repeatedly called this a major concern.

Looking at rate hike forecasts. The BoE will meet in two weeks. Median expectations are for another rate hike in Q4 of this year. However, almost half of the analysts do not expect any move this year. Market sensitivity to these numbers have been medium to strong.

GDP’s performance is on the rise. Preliminary number for Q3 GDP in October surprised expectations by 0.1%. As a result, the Pound jumped over 70 pips in the aftermath. 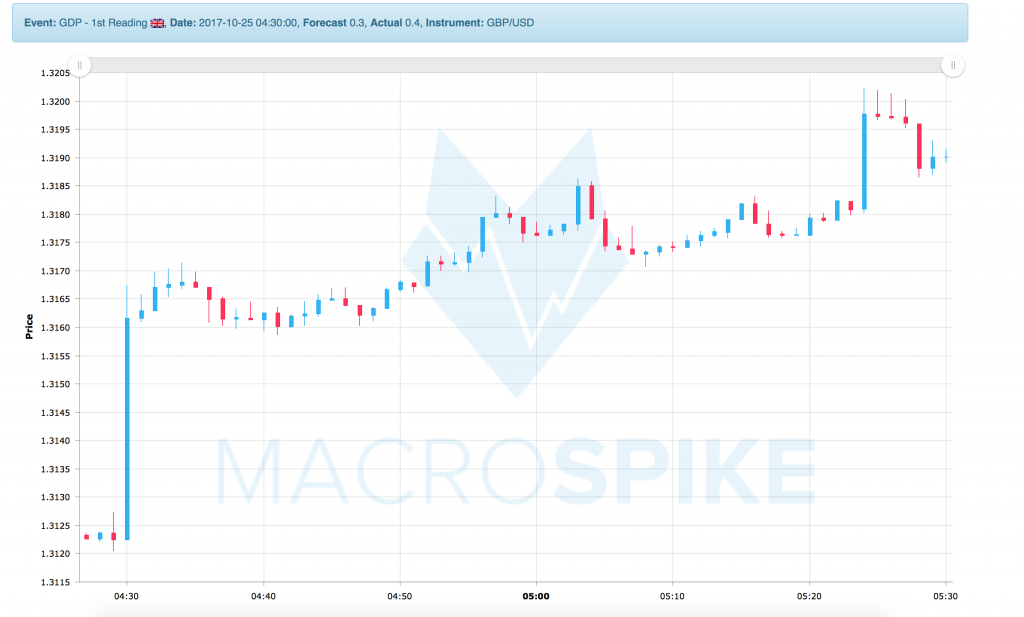 The ECB will meet this week and release their latest interest rate statement on Thursday. While a change in interest rates is not on the table, the strong Euro will likely play a dominant factor during the press conference. The economic’s bloc currency hit a three-year high against the Dollar, following the release of the December minutes, that showed policy makers plan to review their current forward guidance. Not only helped this the Euro post strong gains -markets now price in a 70% chance of a interest rate hike by the end of the year. Nevertheless, Draghi will likely try to downplay these expectations in order to prevent the currency from further rises. It will surely be an interesting event to follow.

In addition to that, we expect an Interest Rate Statement from the Norwegian central bank. There will likely be no change there either, as the Norges Bank has signalled to change interest rates by late 2018.

That’s it from us this week. Enjoy the remaining part of the weekend and have a successful start into next trading week.