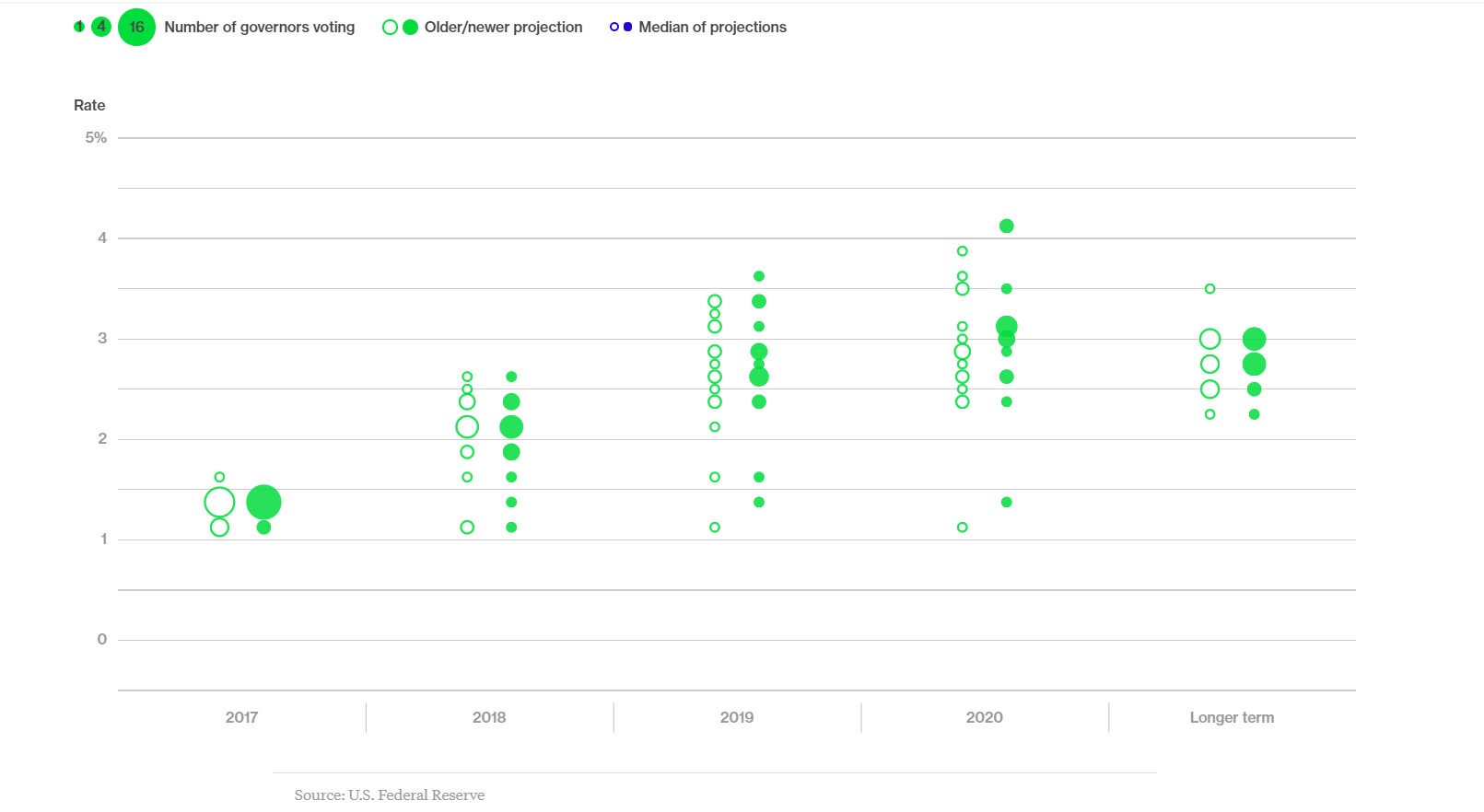 7 interest rates, 19 events traded, 10 signals sent: The last full trading week has easily been the busiest one of the whole year 2017! Welcome to MacroView for week 50 of 2017. Every week we provide a review of the most memorable trades and analyze what to expect from the markets in the days to come.

As widely expected, the FED raised interest rates for the third time this year on Wednesday. With the rate hike already being fully priced in, this wasn’t a big surprise and market participants turned their focus to the Fed’s Economic Projections that were released at the same time. Policymakers updated their growth, inflation and employment forecasts, as well as their personal estimate for the future path of interest rates, the so-called “Dot-Plot”. 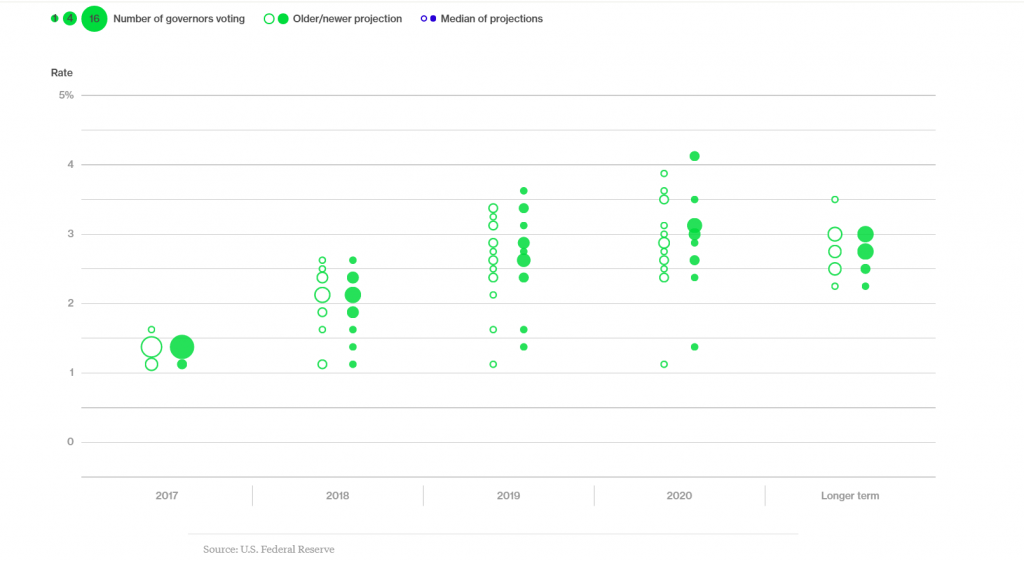 The FOMC sees the US economy grow even faster than anticipated, by 2.5% (up from 2.1% in September). Unemployment could fall even further and may reach below 4% in 2018/19.

However, while growth and employment remain at or above the central banks’ target, inflation is continuing to fall short. They expect inflation at a mere 1.7 percent this year, 1.9 percent in 2018, then reaching 2.0 percent in 2019 and staying there.

Despite near-zero interest rates, the Fed has missed their inflation target for the last 5 years straight.

“I have tried to be straightforward in saying that this could end up being something that is more ingrained and turns out to be permanent. It’s very important to watch it and, if necessary, rethink,” Yellen told Reporters at her last conference as Fed chief.

It will be hard to justify future rate under this scenario. Nonetheless, the Fed did not change their expectations for three rate hikes in 2018.

Whether this holds true or not, we can be sure that any inflation indicator will remain extremely hot for trading and surprises will be catalysts for huge market swings.

The Bank of England voted unanimously to keep interest rates at present levels of 0.5%, a month after raising them by 0.25%. Policymakers noted that the breakthrough in Brexit talks has diminished the risks of a “Hard Brexit”.

Britain is still struggling with high inflation. Tuesday’s CPI came in at 3.1%, the highest in over 5 years. However, the central bank expects it to continuously fall over the course of the coming year as base rate changes kick in. The BoE has largely blamed the large drop in the Pound in 2016 for the high inflation numbers.

Retail Sales also came in higher than expected as shoppers took more advantage of Black Friday sales than originally expected. The data printed a rise of 1.1%, 0.7% higher than what analysts expected.

However, we note that market sensitivity for UK data has been relatively weak lately. While December historically has been weak, it may also be that the “very gradual pace” of interest rate changes generally reduced sensitivity for UK market reports. We will continue to monitor and adjust performance values when needed.

Rest of the World

With the Norwegian, Mexican, Russian, Turkish and the ECB Interest Rate Statements, we had little time to breathe this week.

The ECB’s meeting was a non-event, as widely expected.

While the Turkish Central Bank did not change interest rates, they did raise the Late Liquidity Window Rate by 0.5% to 13.25%. Analysts expected a full percentage point rise. As a result, the Lira fell by more than 5 cents against the Dollar. This was the first rate increase in eight months after inflation hit a 14-year high in November.

“I think this relatively small hike – at least compared with market expectations – has raised fears that political pressure may be bearing on the central bank’s decision making,” Reuters’ quoted Capital Economics William Jackson.

Meanwhile, the Russian Central Bank cut interest rates on Friday to 7.75%. This was 0.25 more than analysts had expected. After a surge in inflation in the previous years, the central bank stated that it seems contained now. They see a gradual transition from moderately tight to a neutral policy rate. The Ruble initially weakened by 15 cents against the Dollar but later reversed said gains. 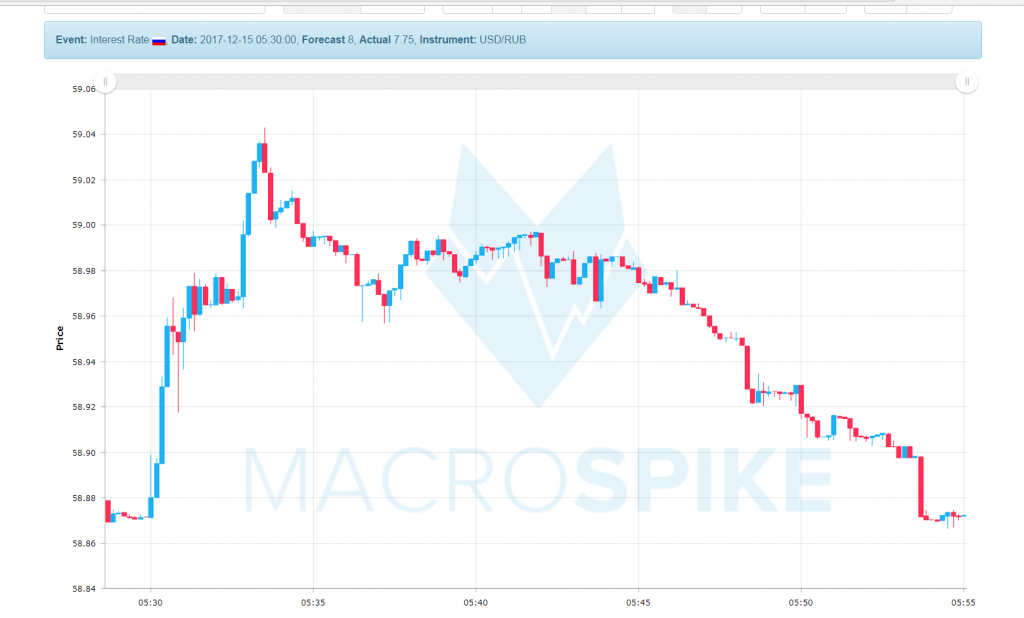 The Mexican Central Bank continues to follow the Fed on their hiking cycle. As expected by a small margin by market analysts, the Central Bank lifted interest rates from 7 to 7.25%. With inflation being above the central bank’s 3% target, they reiterated that they were willing to act again. The market’s reaction was mixed. Though the Peso initially rose against the Dollar it reversed and drifted lower. It was an ugly move in a rather illiquid market. 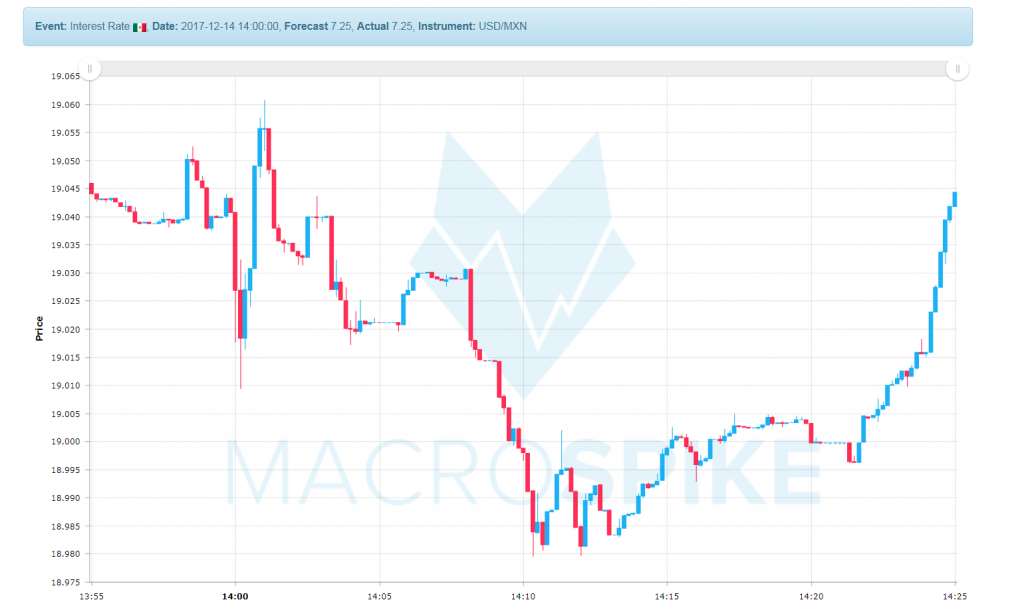 Norges Bank, Norway’s Central Bank, left policy rates unchanged at 0.5% on Thursday. However, they said that a tightening might come closer than initially expected.

“The key policy rate … is forecast to remain at 0.5 percent in the period to autumn 2018, followed by a gradual increase.” Previously, they had not anticipated any rate hike in the upcoming year. The Crown rallied more than 10 cents in the aftermath. 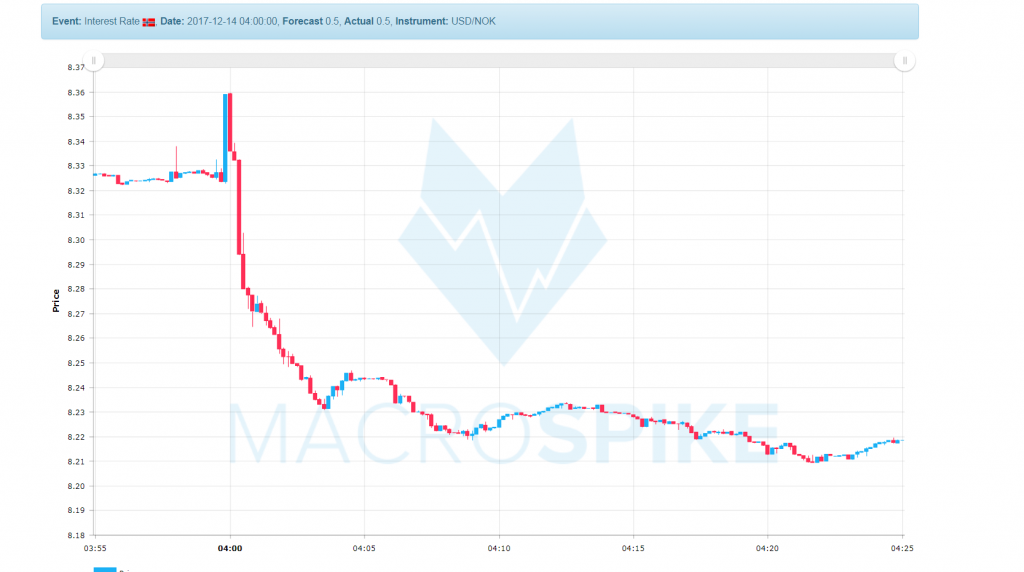 That’s it for us this week. Up next week there are only Final GDP numbers from the UK and the US and Canadian CPI, GDP and Retail Sales. However, we’ve seen liquidity drying up and historically speaking, after the second week of December, it will get too low for safe trading.

We will provide signals for the events but encourage our readers to stay away from trading any of these releases.

Enjoy the remaining part of the weekend and the upcoming Holiday Season.