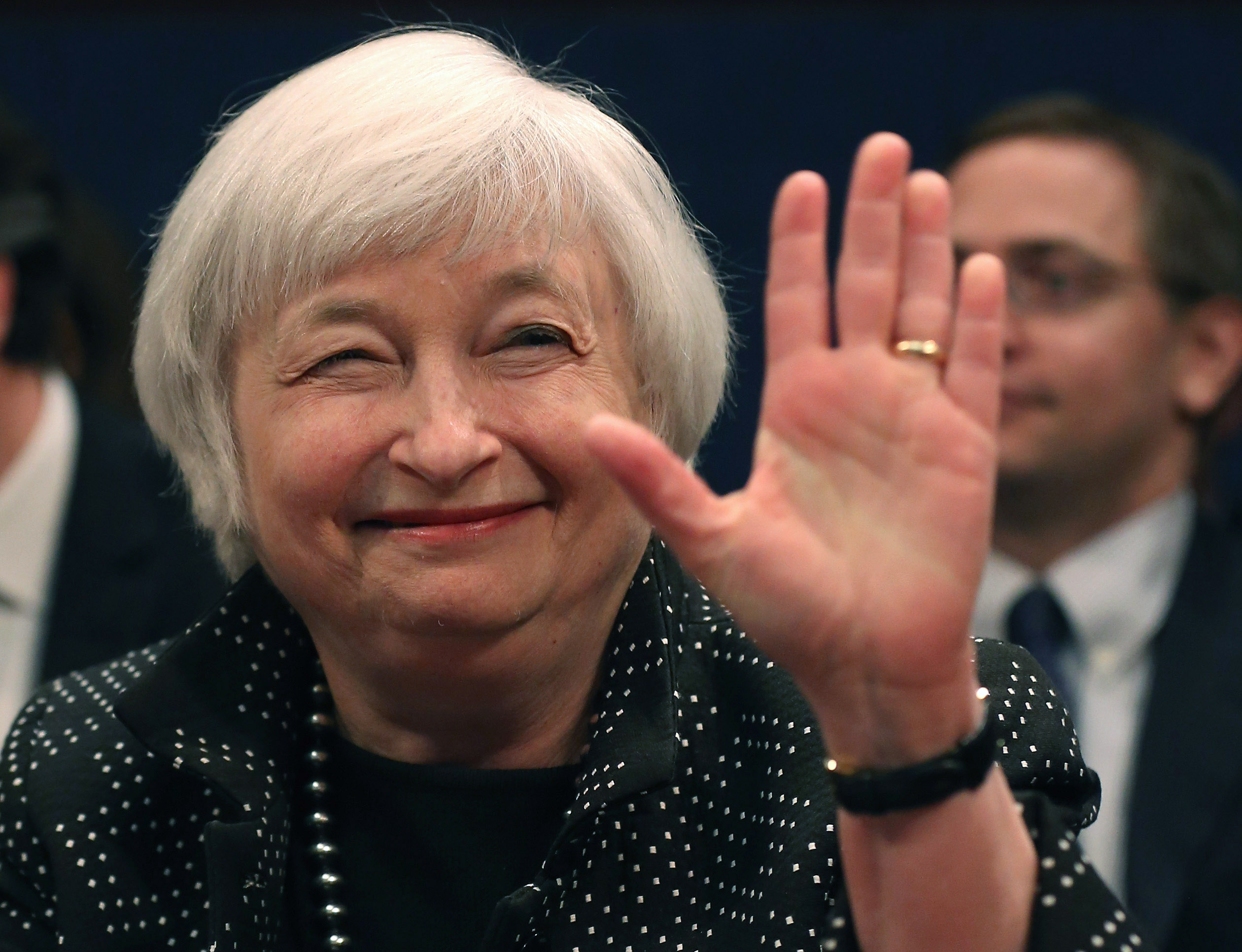 MacroView 49: NFP clears the way for the FED

Another week of interesting data points lies behind us and we are looking forward to a week filled with economic news. Welcome to the MacroView for week 49.

This week we saw the BLS publishing the monthly Jobs Report. NFP showed healthy gains of 228k in the month of November, 30k more than mean analyst expectations. However, Average Hourly Earnings posted a mere 0.2% m/m growth, 0.1% less than expected. As we had highlighted in our Trade Plan, with the FED’s main concern being sluggish inflation and an already tight employment situation, the market is focussing strongly on wage growth. The Dollar’s initial reaction was extremely choppy, but the conflict between NFP and AHE prevented us from sending any signal.

Though AHE disappointed expectations, it should be highlighted that wage growth outpaced inflation over the entire year. Many economists expect that the shrinking slack in the labor market will put additional pressure on inflation. With headline inflation converging to core inflation levels and core inflation numbers being driven by wage growth, this clears the way for the FED to continue their hiking cycle in 2018. The major question is: how fast will they raise rates. Next week we are awaiting the next FED’s meeting and while a rate hike is a done deal;  more important will be the statement that accompanies it. Fed Funds Futures show that the interest rate hike is fully priced in by now.

The FED will also release the quarterly Economic Projections, where members will update their inflation forecasts for the next two years and update the FOMC “Dot-Plot”, the interest rate projections of each FOMC member. We can expect high volatility following that release. Make sure to read our Trade Plan for the event that we’ll update on the day of the release.

In addition to that, we’ll await the US Core CPI and Core Retail Sales, for the first time in what feels like a lifetime released on separate days.

The UK made significant progress this week on Brexit negotiations. They found common ground on three main points over the highly anticipated trade negotiations: The land border between Ireland and Northern Ireland, the rule of the EU Court of Justice and the money the UK has to pay to the EU for leaving the economic bloc. Despite finding a  basis for their divorce deal, the Pound lost ground against the Dollar. With Brexit dominating the news, sensitivity to the UK PMIs was very weak.

Next week we are expecting several key indicators from the UK with the most important being the Consumer Price Index for November. Headline data is expected to have grown by 0.2% m/m, but to stay flat at 3% on a yearly basis. According to BoE projections, inflation should have peaked in October. Any sign of on-going inflationary pressure will put additional pressure on the central bank to tighten economic conditions earlier than expected. The BoE will meet on Thursday and release their next interest rate statement. After a hike last month, it is expected that all MPC members will vote for the rate to remain fixed at 0.5%. All analysts polled by Reuters expect no change in the interest rate and QE. The majority sees the central bank hiking in Q3/4 one more time.

Dominic Bryant at BNP Paribas, courtesy of Reuters: “With inflation close to peaking and growth likely to remain soft in the near term, we expect the Bank of England to wait until Q4 2018 before raising rates again.”

The most notable event we had this week was clearly the BoC’s interest rate statement. Though the central did not hike, as expected, they reiterated that despite the strong employment data from the week before, other indicators showed significant weakness in the economy. Canada printed a huge employment figure which pushed the Canadian Dollar up strongly against other currencies. Though central bankers expect the slack to disappear over time, the statement was seen as generally dovish, amid speculations of a faster-growing economy. The BoC continues to be lead by incoming data, which is, of course, great for us news traders.

The Loonie fell over 100 pips. It gave up all gains it built following the Jobs Report and closed at its lows of the week. 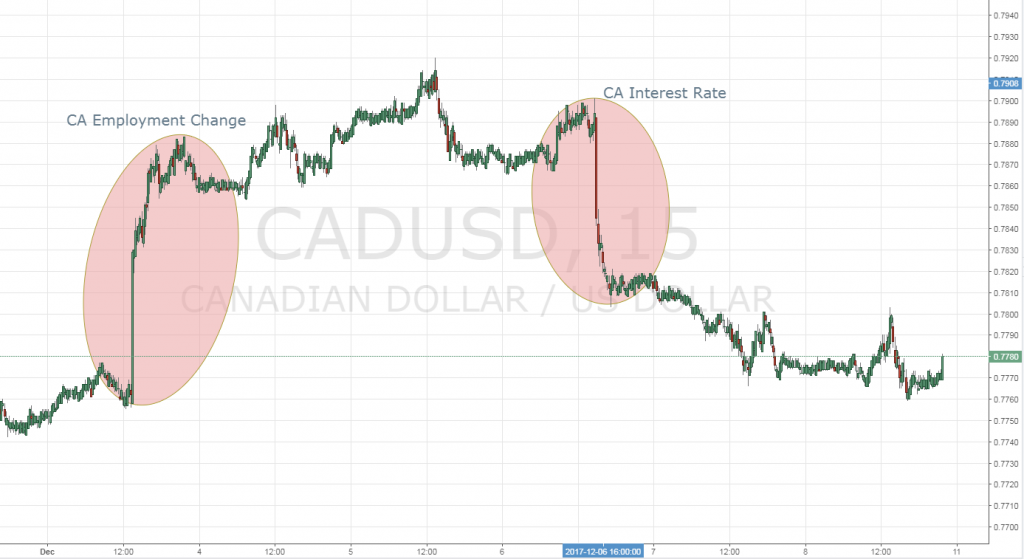 The RBA’s meeting on last Monday night did not reveal anything new. As highly expected, the central bank held rates at 1.5%. Governor Lowe’s statement indicated that growth and inflation remained consistent with the central banks’ targets. According to him, Inflation should pick up gradually with a strong labour market helping to lift wages over time. On Tuesday night, we saw GDP coming in at 0.6% q/q, 0.1% lower than expectations. This initiated a move downwards, that continued to hold until the end of past week. Our triggers for the report were met and we received a fantastic entry signal, close to the highs of the week. Interestingly, none of the usual delays in Australian data was noted here. 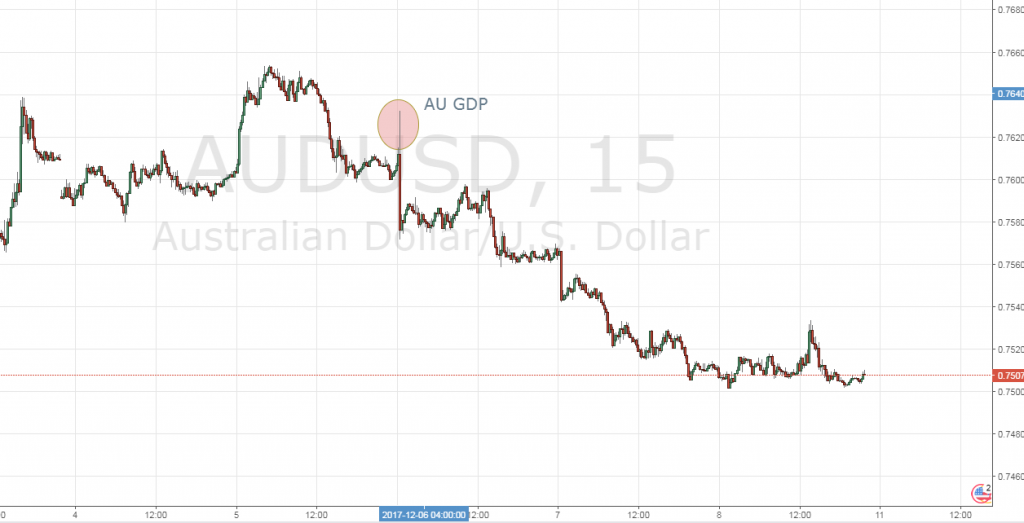 The RBA is expected not to change rates until at least September of following year. Next week, AU employment data is expected at +18k, we are curious to find out if the anticipated growth by the central bank will materialize.

On Thursday, the ECB will release their next interest rate statement. After the central bank cut their QE program in October, there will be no change in Interest Rate or QE numbers. However, the upcoming press conference may give additional clues on the future path of the bond purchasing program by the central bank.

With the continuing upswing in European economic data, most analysts expect the central bank to stop their QE program by the end of next year with a small number eyeing for early 2019. This may change depending on incoming data.

Though inflation has been improving over the last year, it is not expected to reach the central banks’ target rate of just under two percent until the second half of 2019.

With the ECB making the future of their program dependent on incoming macroeconomic data and gauging inflation, we’ve noted over the last months that market sensitivity to the EU Flash CPI data is on the rise. As a reminder, two weeks ago a -0.1% deviation already gave a slow but steady growth in both the German BUND and the EURUSD cross. We expect this trend to continue as Mario Draghi prepares the market for an end of the QE program.

On Thursday the Norges Bank will release interest rate numbers. No change is expected according to Reuters analysts. Only 4 out of 14 analysts expect the central bank to tighten in 2018. Last October, the central bank signaled that they expect a hike in June 2019.

Norwegian Inflation numbers will be released on Monday. After very slow moves, we’ve seen market sensitivity pick up slightly over the last releases, though it is still far away from the peaks in 2015. Nevertheless, it will remain under the radar and we expect sensitivity to pick up over the course of 2019.

In addition, Swedish CPI numbers are due on Tuesday.

As you can see, this week is extremely dense. The Fed’s meeting alone makes this week stand out. But with that many other central bank meetings, we can expect a week of high volatility. Remember, this is the last full trading week of the year. After that liquidity will dry up notably and this will also make market reactions to economic news much more unreliable.

That’s it for this week from us. Hope you find our report interesting. Make sure to keep an eye on our custom calendar, that is constantly curated to contain only those events that are really move the market.

Feel free to share and comment. Enjoy the remaining part of the weekend and have a successful start to the trading week.