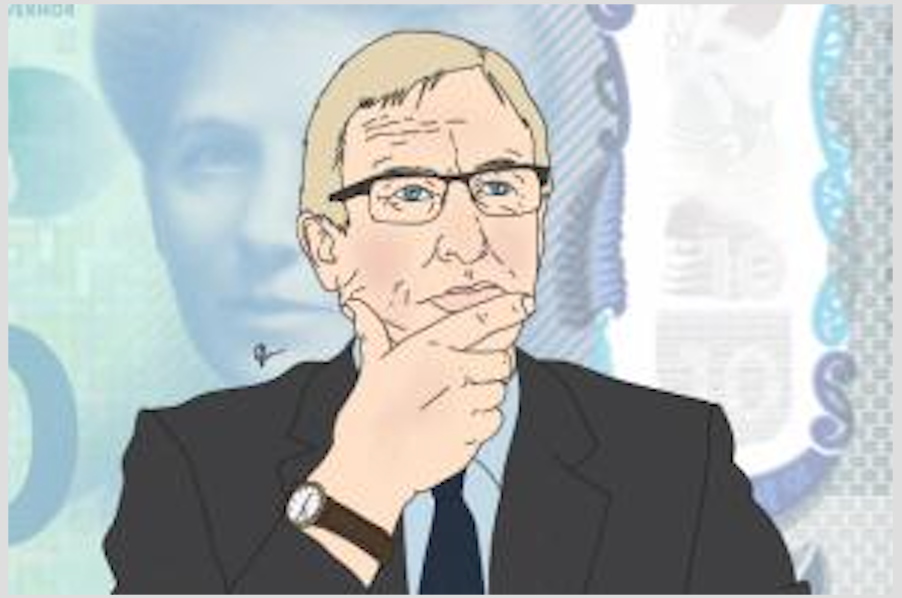 Week 45 has come to an end and it time to review the trades that have been memorable for us:

It was a slow news week. The Central Banks of Australia, New Zealand and Mexico all left interest rates unchanged. Worth noting were comments from RBNZ Governor Spencer that the fiscal stimulus and the depreciated currency would lead to faster than anticipated inflation and therefore possibly to an earlier rise in interest rates. The central bank now projects a rise in interest rates for the second quarter of 2019.

Spencer also referred to the introduction of the dual mandate, an inclusion of full employment along the inflation band to the RBNZ’s mandate. He said, it would likely not change the central bank’s policy, as they were already monitoring a larger variety of indicators.

The Kiwi rose over 40 pips following the statement but gave up most of its gains in the days to follow. 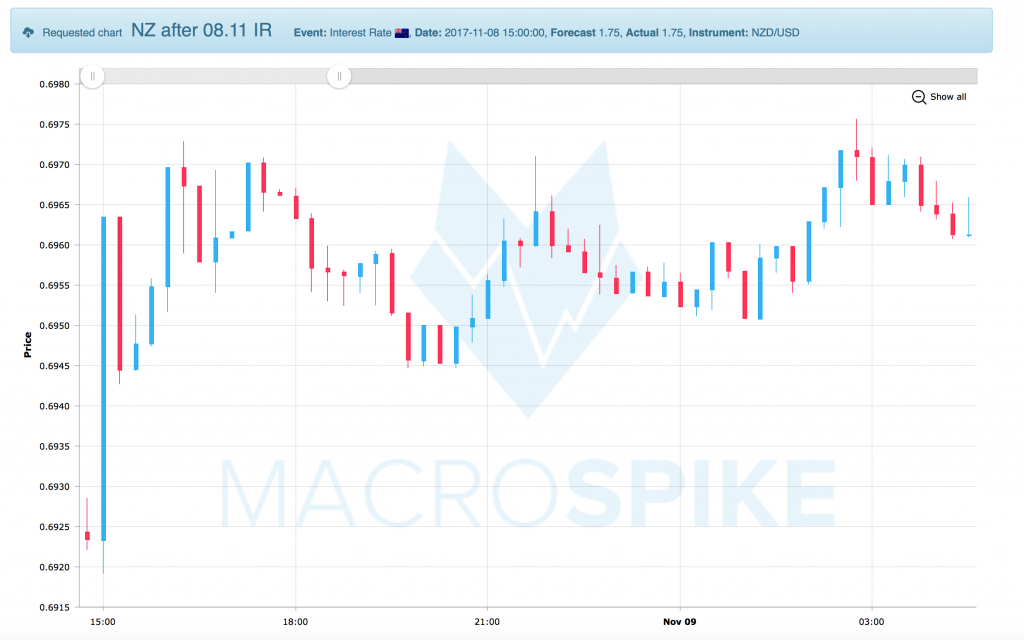 The were no major economic indicators from the US and Dollar’s trading range was dominated by politics regarding the tax bill.

We have several key economic indicators coming up next week, most importantly the CPI and Retail Sales data on Wednesday.

US Inflation data has overall been mixed with a slow but steady median growth of +0.1% m/m over the past 6 months. The median deviation was -0.1%, with all but the August data released in mid-September deviating to the downside.

It seems not only have analysts overstated the inflationary pressures in the US: this trend has come to the attention of several Fed seniors who expressed worries about the disappointing inflation data as of late.

We are observing how the market’s sensitivity towards the report has severely increased with an average spike size of 25 pips over the last 6 months and of 35 pips during the last 3 months. We expect this trend to continue and reinforce even further. 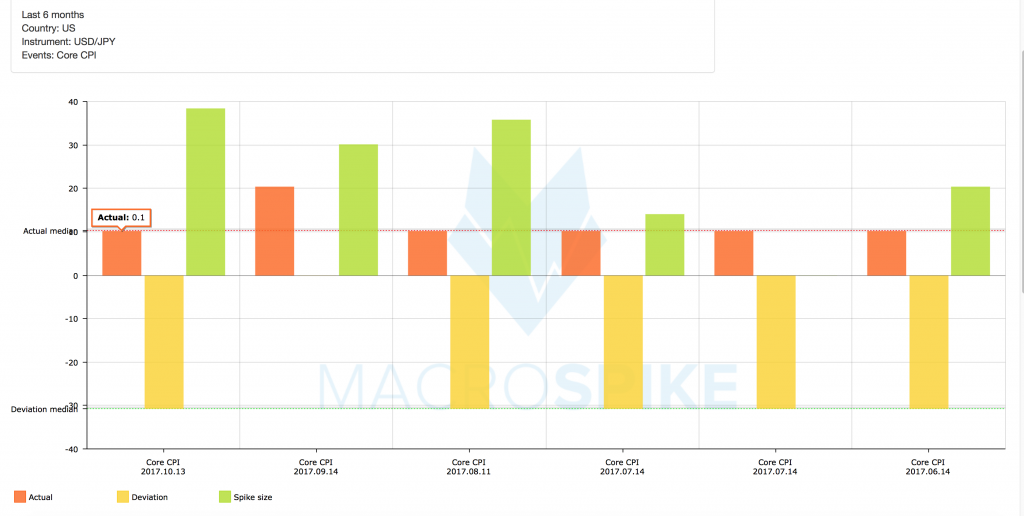 Alongside the US, there is a lot of key economic data to be released from the UK. After the expected BoE interest rate raise in the previous week, the Pound has yet to recover from the large sell-off that followed the statement that future hikes might be “gradual and only to a limited extent.”

The unresolved issues between Britain and the EU about future trade deals remain major drivers in the Pounds exchange rate. Last weekend BoE Governor Carney reiterated that the central bank might not be able to lower interest rates in the event of a “Hard-Brexit” with a low-growth scenario.

On Tuesday we await Inflation numbers. Headline CPI is expected to pick up even further and reach 3.1% Y/Y. Carney already said that the BoE expects inflation numbers to pick up a little more, before coming down at year-end, early next year. Whether this statement will hold true, remains to be seen. Until then, we can expect decent sensitivity towards the report, especially should the inflation fail to retreat from current levels. Currently, sensitivity is already quite decent with average initial spikes standing at 23 pips over the last 6 months. 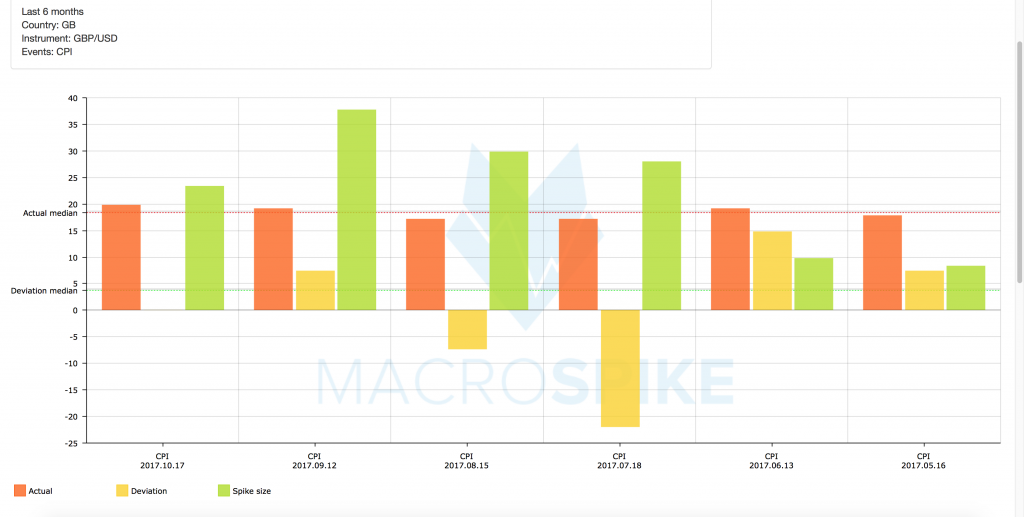 In addition to the CPI numbers, we await the Employment and Retail Sales data. Wage growth and consumer spending have been two of the major woes in the last months.

Retail Sales were giving us large moves in the last two months and we expect this to remain the case. 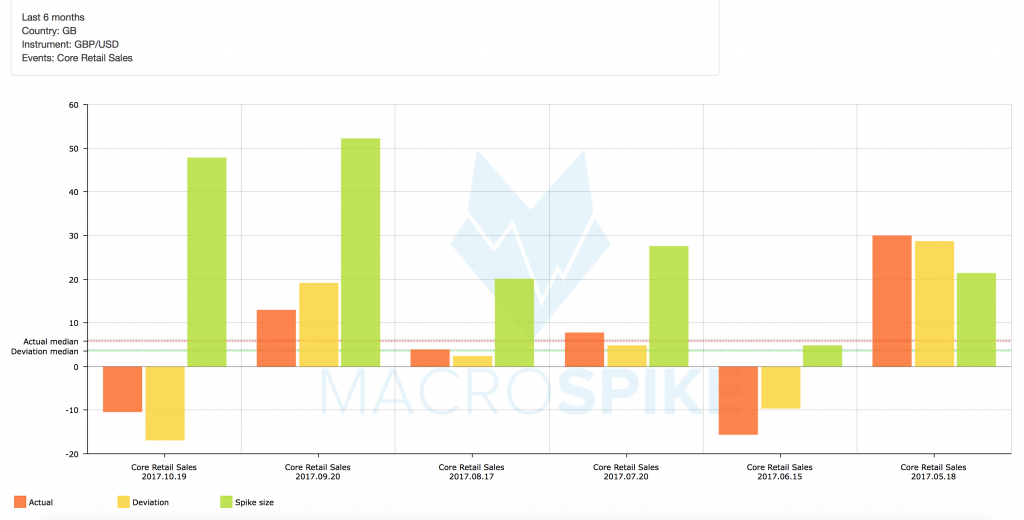 Though wage growth has been noted as weak by BoE seniors, the market hasn’t shown the same sensitivity to the Average Earnings. 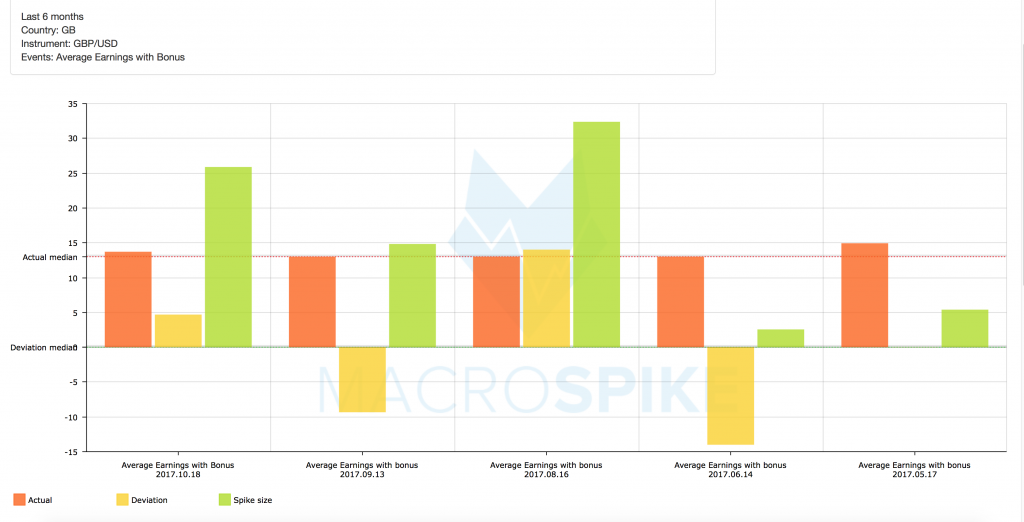 On Friday we await the CPI data out of Canada. With two rate hikes in July and September, the BoC decided to keep rates on hold at their October meeting.

During his speech on Tuesday, BoC Governor Poloz noted that “policymakers will be cautious about future rate moves.”. The Canadian economy will likely require “less stimulus over time”.  On the other side he mentioned that the latest Employment Report as being encouraging.

“What this means is that the closer we get to full output and employment, the greater the risk that inflation pressures will appear”.

The Canadian Dollar strengthened following his comments, as markets seemed to have anticipated a more dovish statement by the governor.

Analysts and markets still remain split about the future course of the central bank.

The Loonie has been by far the most news sensitive currency recently. CPI numbers produced an average initial reaction of over 40 pips over the last 6 months. Going forward, we can expect CAD sensitivity to remain elevated, though it will probably come down a bit in the months going forward. 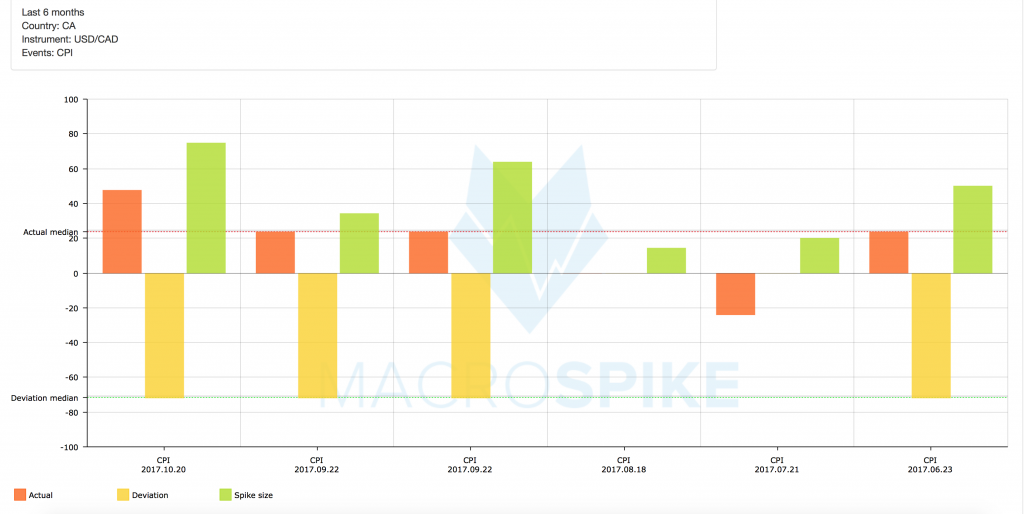 After a quiet week for economic indicators, the next week one ought to be promising again.

Please note there will be a panel discussion hosted by the ECB titled “At the heart of policy: challenges and opportunities of central bank communication” on Tuesday. Speakers include Fed’s Yellen, ECB’s Draghi, BoE’s Carney & BoJ’s Kuroda.

If you appreciate our research material or would like to find out more about certain aspects of our analysis, feel free to comment or share our reports.

Everybody enjoy the remaining part of the weekend and have a successful start into the upcoming trading week!