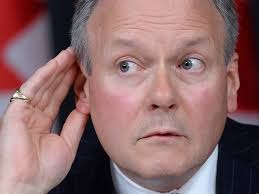 MacroView 51: The BoC and the case of the expected rate hike

The second week of January is over and it’s time to review some of the trades of last week and see what to expect from the week ahead.

The Dollar has sold off strongly in 2018 so far as central banks in Japan and Europe signalled changes to their Bond purchasing programs.

The main events of the week were the release US CPI and Retail Sales data.

While most Fed officials have been confident to continue the hiking cycle so far, Chicago Fed Evans said on Wednesday he would vote for a pause in rate hikes for the time being.

Thus, sentiment for the event for the downside and markets anxiously awaited Friday’s data.

When core data came in at 1.8%, 0.1% better than expected initial reaction was very strong. The Dollar rose over 35 pips on its initial reaction and continued to drift higher and marking a high about 30 mins into the event. 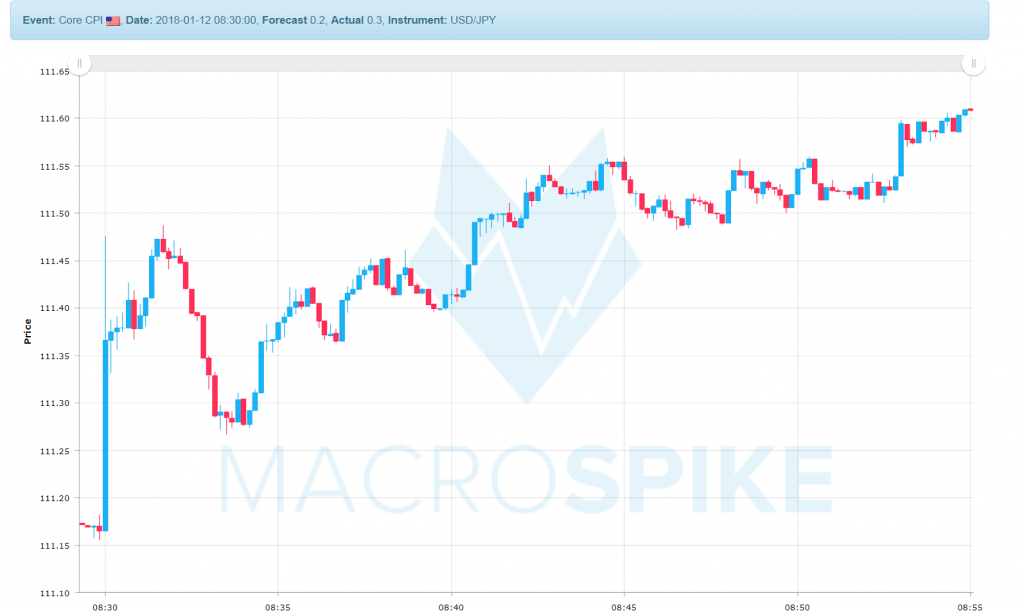 Bonds and Gold had even stronger reactions. 30Y-Bonds fell over 70 points. Gold initially came off its highs and spiked down 7$ to 1324. However, it was unable to hold it’s position and reversed finishing the day above its spike start. 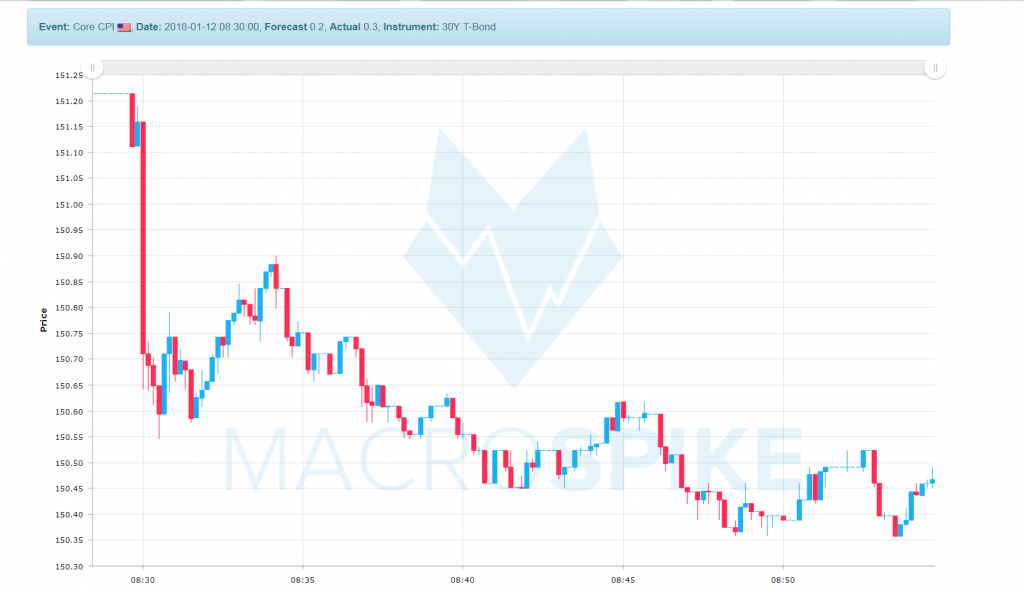 The strong performance of CPI data comes to little surprise to our readers and it represented a great opportunity to make some pips.

Next week will be thin on US news, which of course does not mean we will be sitting on our hands.

The main event of the week will be the Bank of Canada’s Interest Rate Statement.

After the central bank hiked twice in the previous year, Governor Stephen Poloz had reiterated in several statements the data-dependency of the central bank. He would like to see clear signs off improvement before putting further brakes onto the economy. By the end of the last year, most analysts had put off additional hikes until at least April. This sentiment has shifted strongly, mainly thanks to the stellar Jobs Report StatsCan posted the week before. Unemployment hit a multi-decade low.

It seems like this was the news the market waited for. Futures currently imply an 88% chance for a hike on Wednesday and analysts at all major banks are expecting a hike. That said, the central bank has a track record of not playing catch up with the market expectations.

Stay tuned for our Trade Plan on Wednesday.

In addition, we await two main indicators from the UK: CPI and Retail Sales.

The Pound has grown strongly on the back off successful Brexit talks. The economy has been struggling with high Inflation and weak spending over the last year.

On Tuesday, we await December’s CPI data. After yearly data hit a multi-year high last month, it is expected to have come down by a bit to 3.0%.  BoE and independent experts forecast that CPI will continue to fall over the course of 2018.

With that in mind, most analysts do not expect any interest rate change by the central bank until late 2018. Should this drop in inflation not materialise we might see an earlier move by the central bank. For now, the market will likely remain in wait-and-see mode. Nonetheless, the event remains over-performing.

That’s it for this week. Enjoy the remaining part of the weekend and have a successful start into the trading week!