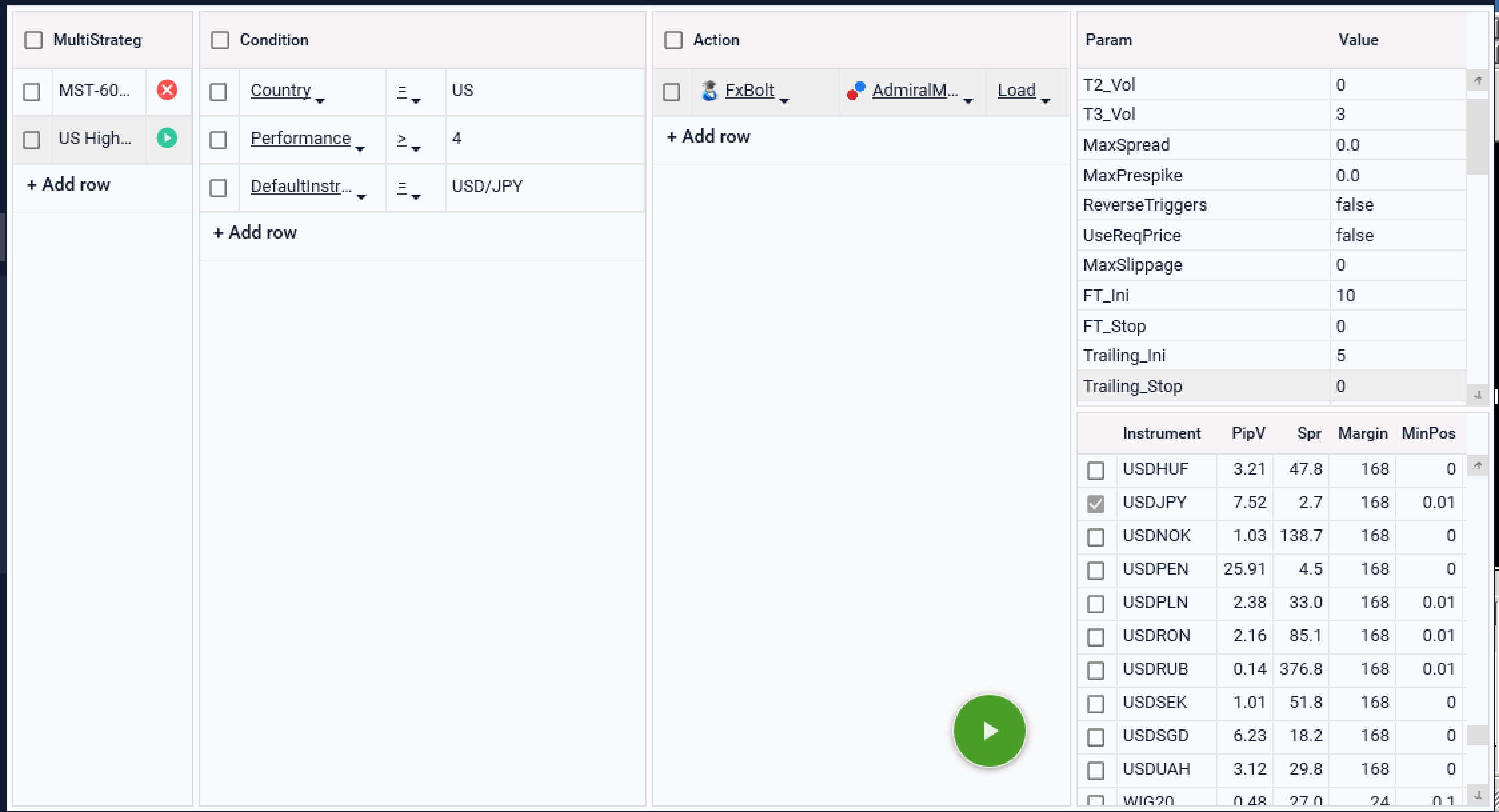 As you know, we are constantly working on developing and improving your experience at MacroSpike (just as we are improving our experience with the programs that we are using ourselves every day). For the last weeks we’ve been working on major updates for the MacroTrader and we’re happy to announce that we are in the last steps before completion. You can expect several new features to become available in December:

Our new tab “Multi-Strategy” allows you to create automated strategies for several events at once that fulfil the same preset conditions. For new users not familiar with our terminology, an event is a news event – like US Non-farm Payrolls or US CPI. A strategy is a set of rules directed at a specific news event – stop loss levels, take profits, order sizes etc. Many events can be traded with the same set-ups over weeks and months. If you want to trade the same strategy on every US event with a performance value of 5 you can create a multi-strategy that will automatically load into your Metatrader terminal if the conditions are met. Or you want to use the same strategy in every event with the Default instrument “Crude Oil”? There will be no more need to set up each on its own anymore.

Instead, you can now set a single strategy in Multi-Strategy and let the MacroTrader do the rest for you. 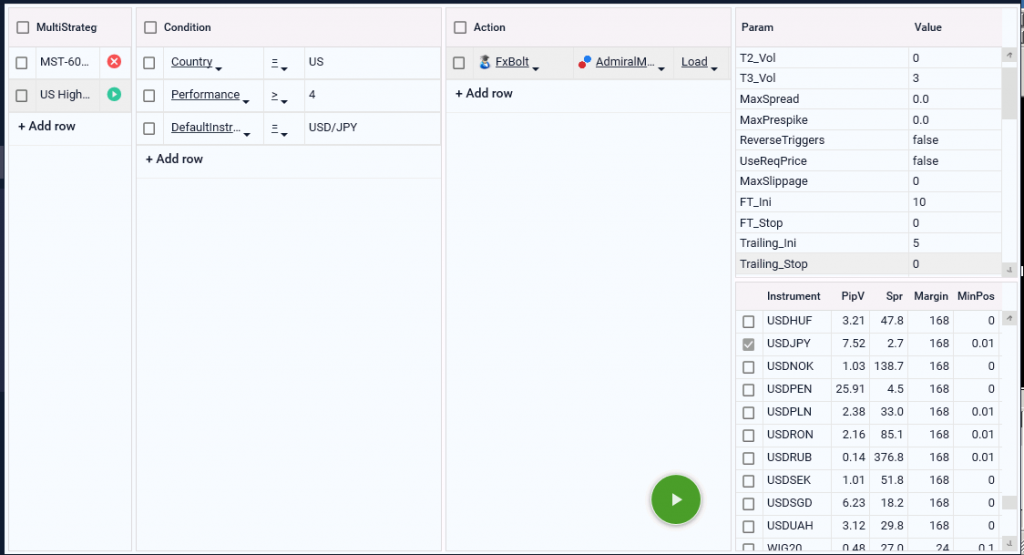 Doesn’t that sound exciting to you? Think about it this way: How many surprising interest rate hikes/cuts have you missed over the course of your trading career just because you thought,  the hike/cut was unlikely to happen? How many times did you miss a 30-50% gain on your account just because you were too lazy to “set it up”? With Multi-Strategy this is a thing of the past.

And this uncovers a major fallacy of news traders: Usually, those events with the lowest chance of happening are the one that end up having the strongest impact on the market. So while you usually prepare for those events that you “expect” to be surprising, those are usually the ones where the expected volatility ends being discounted into the price far better than those where a sudden change catches every by surprise.

In 2017, 40% of my gains came from 5 news trades only. This number would have been much bigger had I been prepared better for the unexpected (Yes, I’m talking about the September Bank of Canada rate hike).

Basically what that means is you must prepare for those unlikely events even more than for the others.

And Multi-Strategies can help you do that more easily.

Secondly, we’re proud to announce a new strategy for the MacroTrader: “the Afterspike Retracement”. The EA automatically analyses the direction of the initial spike and enters the market after the third phase of the spike in order to capture the afterspike in the direction of the original move (if you haven’t read about our 4 phases of the spike you can do so here). The strategy is particularly interesting when used in conjunction with Fibonacci numbers. Just like any other growth pattern, news spikes have a tendency to move back and jump off these levels (and for those disbelievers: 25/50/75% levels work as well).

While FX BOLT is highly latency-sensitive, this strategy eliminates the worries of slippage many news traders are facing. It is designed for those situations where you experience liquidity induced, technical retracements that are followed up by a continuation of the initial trend.

It can be used for both long- and short-term trading.

See below for a few examples: 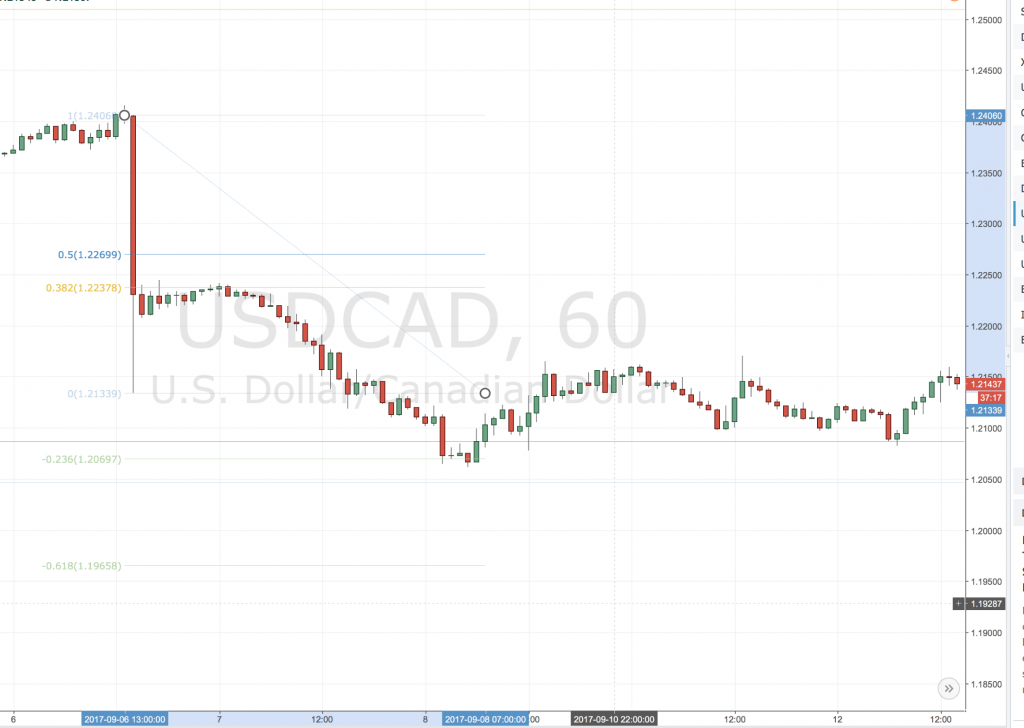 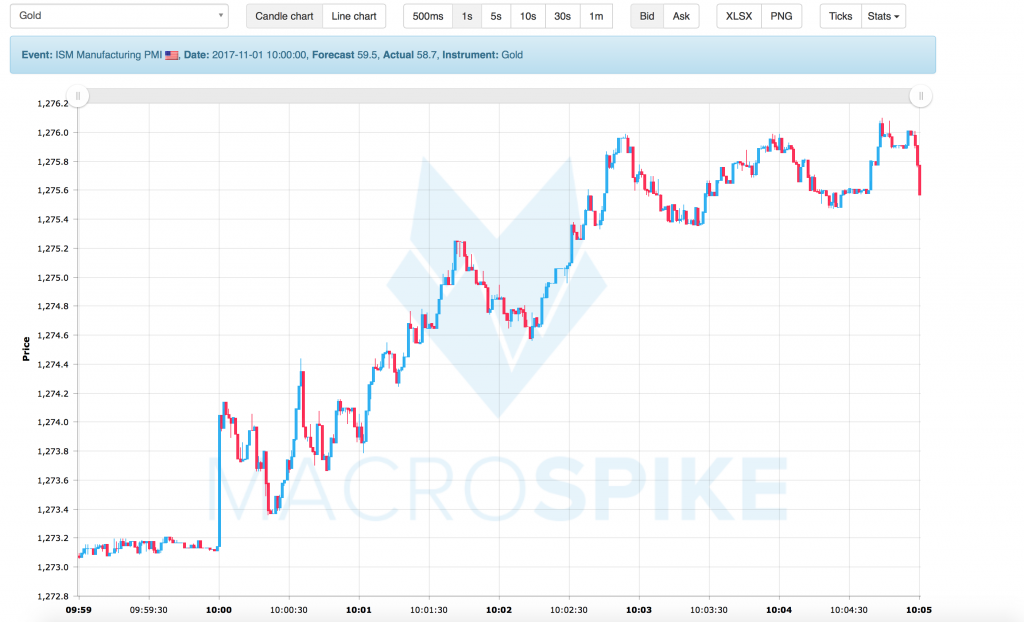 Gold’s reaction to the US ISM Manufacturing PMI in November. After a 1$ spike the market retraced to its 61.8% level before continuing higher.

We are in the process of collecting vast amounts of data for these market behaviours. In the future, you will see more analysis for those retracement trades from us.

Alongside these major changes there will be some minor additions:

What do you think about these new features? What would you like to see added to the MacroTrader in the Future?