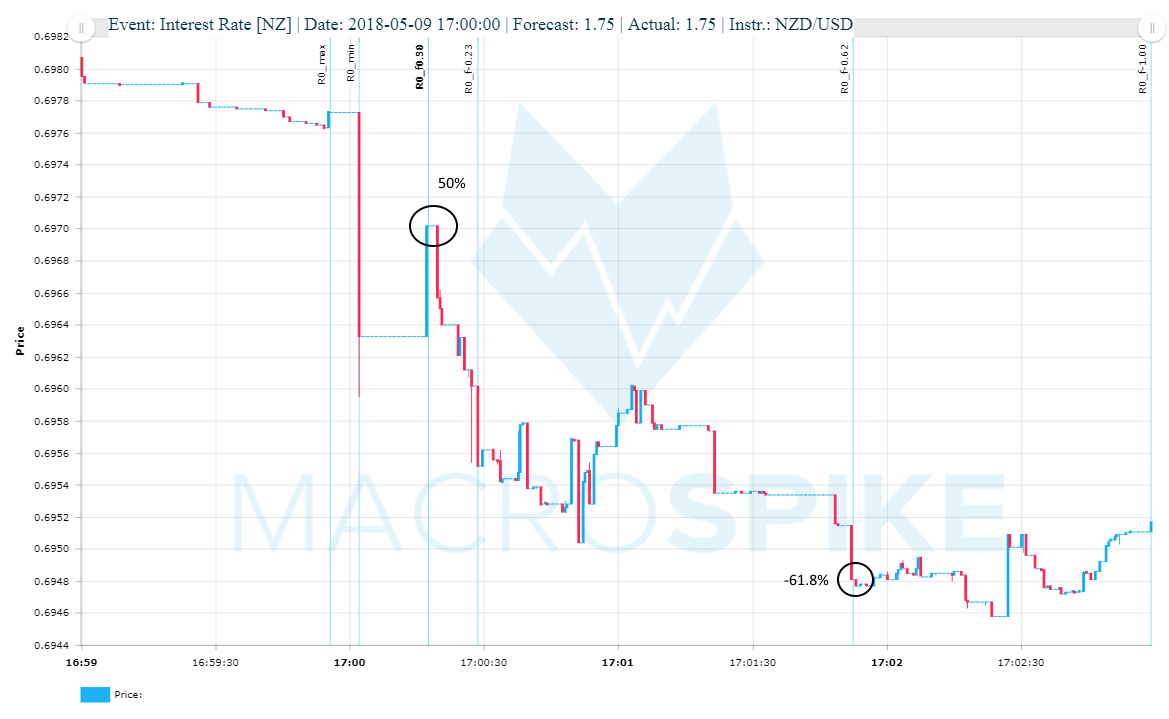 How to use Fibonacci Retracements in Online Trading

Leonardo Fibonacci was an Italian mathematician of the Middle Ages that is mainly known for his work on the Golden Ratio and the Fibonacci sequence. In the Fibonacci sequence of numbers, the sum of two previous numbers constitutes the actual number: 0,1,1,2,3,5,8,13,21,34,55,89,144,233,377,610… till infinity. He discovered that each number is about 1.618 times larger than the previous number with “1.618” being called the Golden Ratio.

The numbers in the sequence are not used directly. What traders do instead is taking relationships between the numbers as anchor points in order to measure price movements and potential levels of support and resistance. The Golden Ratio is derived from a simple division of a preceding number with the following number in the sequence: 13/21 = 0.618. If the division is made with the 2nd number to the right, we arrive at another important level that is widely used in online trading: 13/34 = 0.382. Dividing the “13” with the 3rd number in the sequence results in: 13/55 = 0.236.

In order to arrive at the horizontal Fibonacci level grid, all we have to do is to pick a low and a high point of a recent move up or down and use the Fibonacci retracement drawing tool from our platform of choice.

There is a certain degree of subjectivity in drawing Fibonacci retracements. Different timeframes and different anchoring points for the high and the low of the measured move will produce different Fibonacci levels. Applying a drawing to an opposing measurement will add a level of complexity – and not seldom – confusion to the trader who must judge on the importance of the two opposing setups.

As with all technical studies/indicators, traders need to find a sweet spot between complexity and usability of the strategy. Too much complexity will most probably lower your trading edge (at least that is what our research suggests). No complexity will give you no edge over a simple random chance experiment – think of tossing a coin. While we are not sure whether a simple Fibonacci strategy,  with no other inputs other than Fibonacci levels for entry and exit, can be traded profitably, using it in the context of measuring news-enhanced price volatility proved to be a reliable approach.

One setup that maybe stand out in terms of popularity is the 50% retracement trade with a profit target at -0.618 and a Stop Loss below the 0.764 level. The instructions: 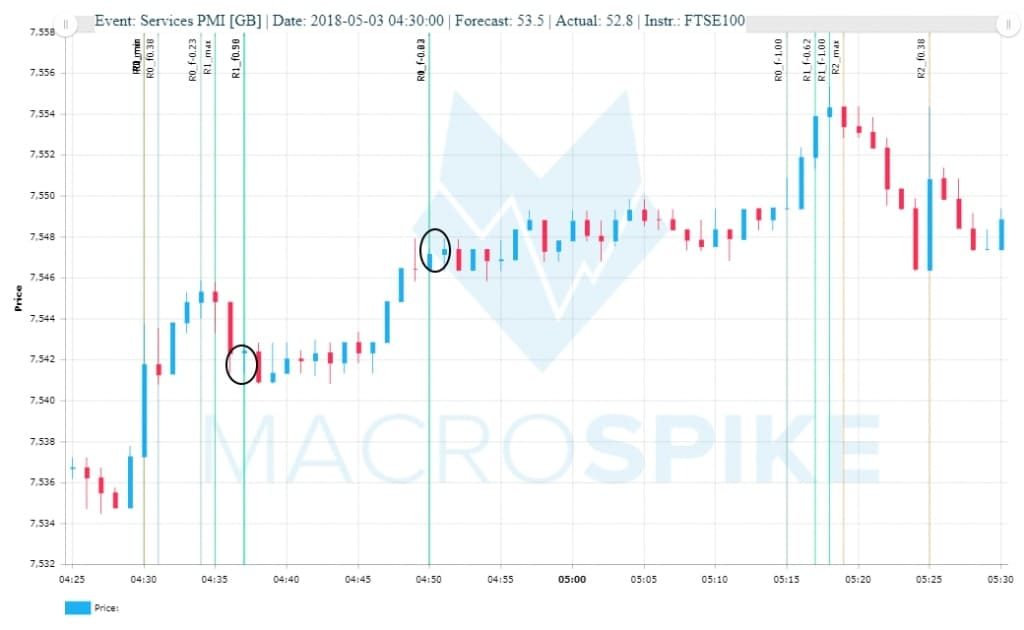 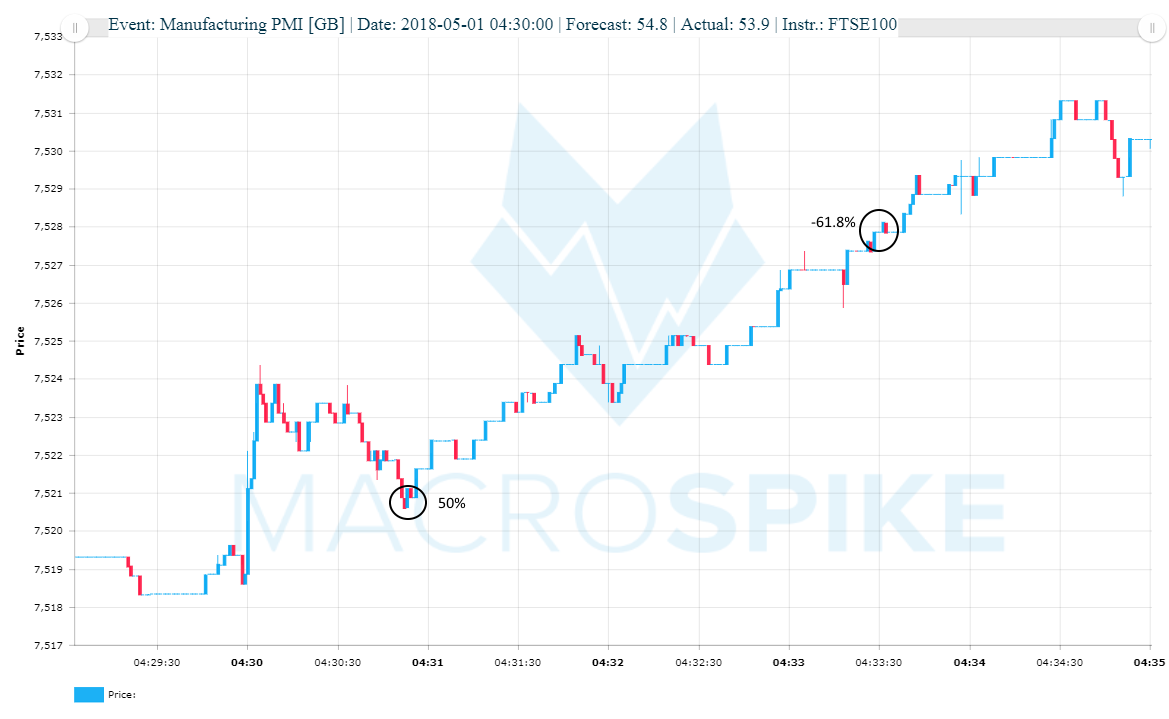 Several lower-liquid instruments can experience immediate spike reversals/ retracements to what can be attributed to liquidity in general and the pulling back and reinstating limit bids and offers – immediately before and after important economic announcements –  in particular. Let us have a look at a recent event-driven trade, namely the release of the Canadian Employment Change m/m on 2018-05-11. A -21 deviation from analyst forecasts was significant in order to push the USD/CAD pair up 42 pips within just 3 seconds. After 10 seconds, however, the Canadian Dollar retraced to the 0.764 Fibonacci level and below. 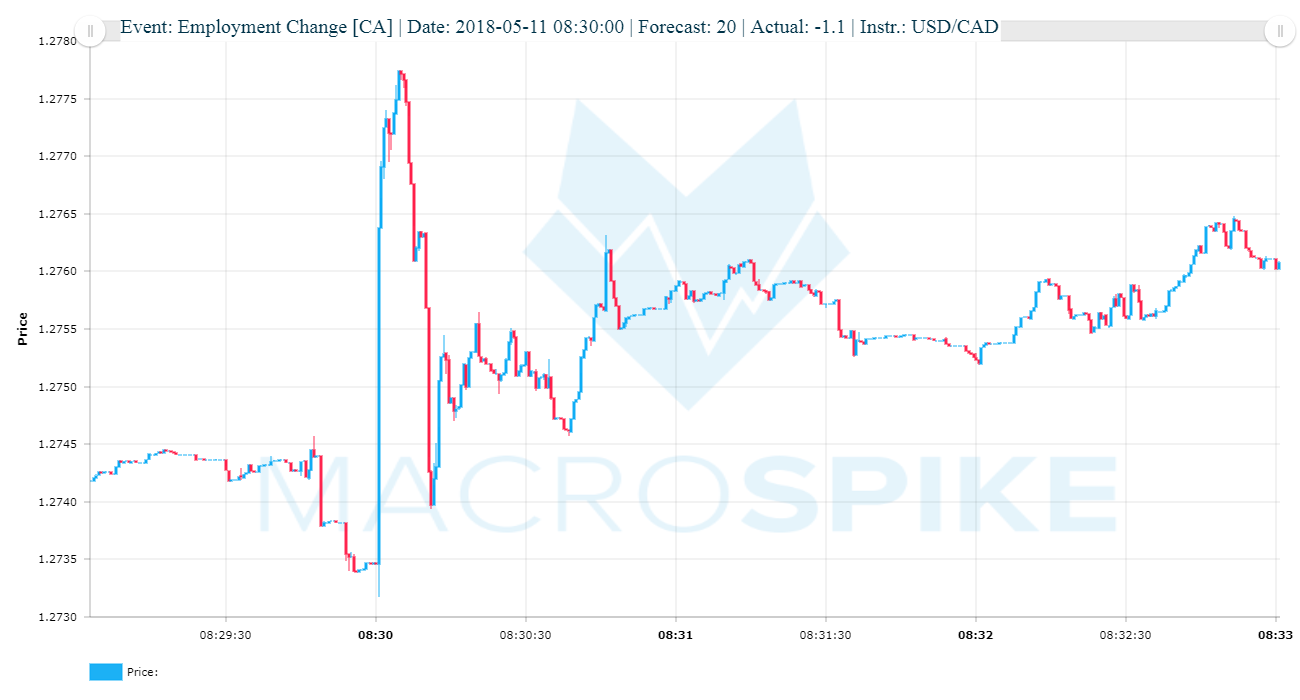 Example of a non-marketable limit order 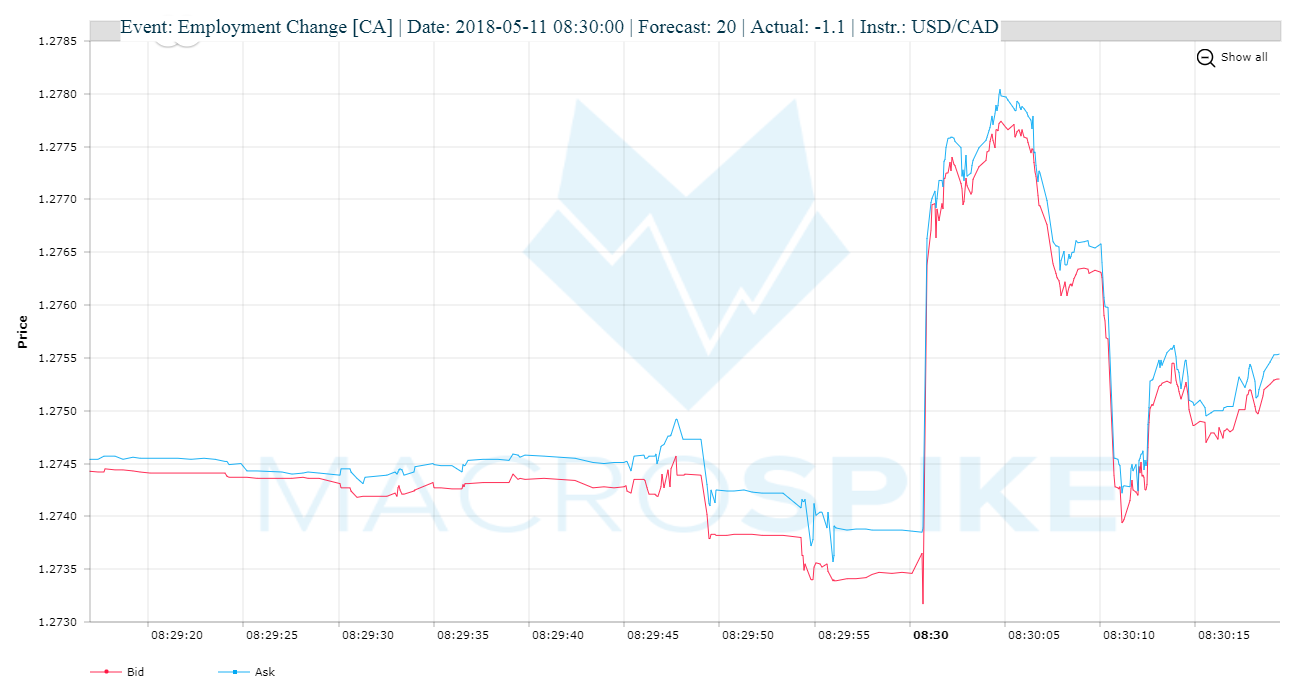 Notice how the bid-ask-spread starts to widen at 08:29:30 and gradually increases until the news release at 08:30:00. The spread is the highest 500 milliseconds before news time at 7.2 pips. As soon as the news is released, spread tightens to normal levels. Traders reinstitute their limit orders, the limit book(s) refill with new limit orders and liquidity increases.

Another reliable trading setup is the 38.2% Fibonacci retracement following a liquidity spike. 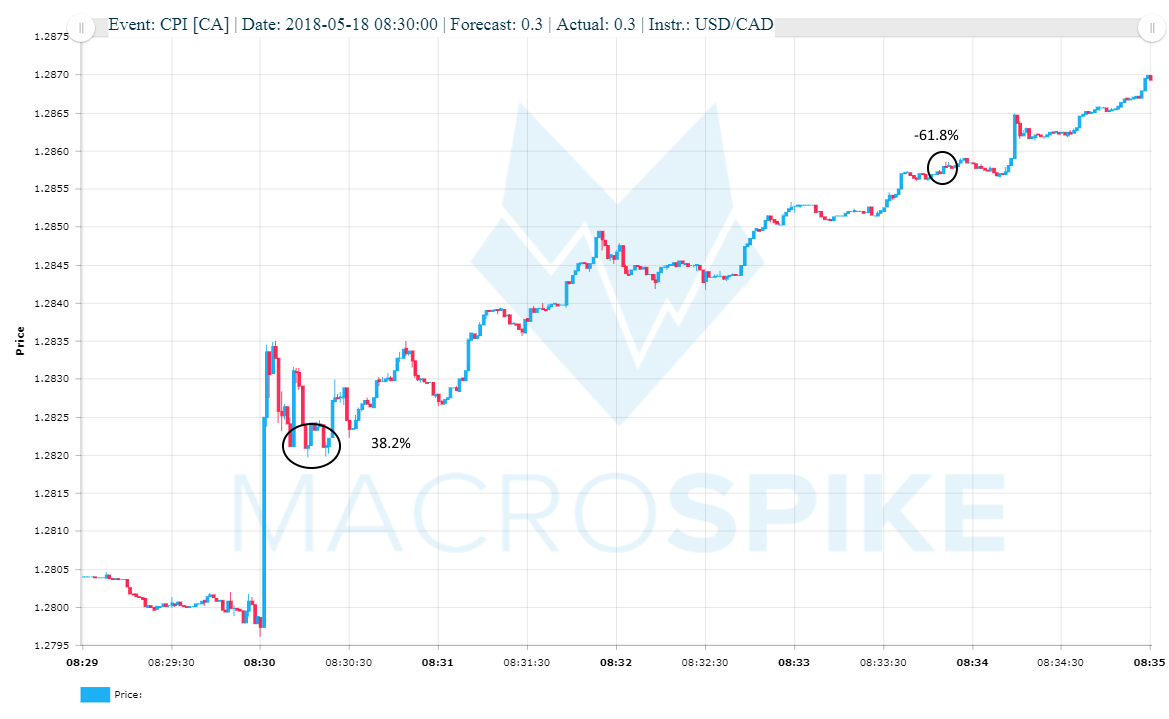 This trade setup is often preceded by a fast and short-lived spike reversal followed by a rapid advance above spike highs.