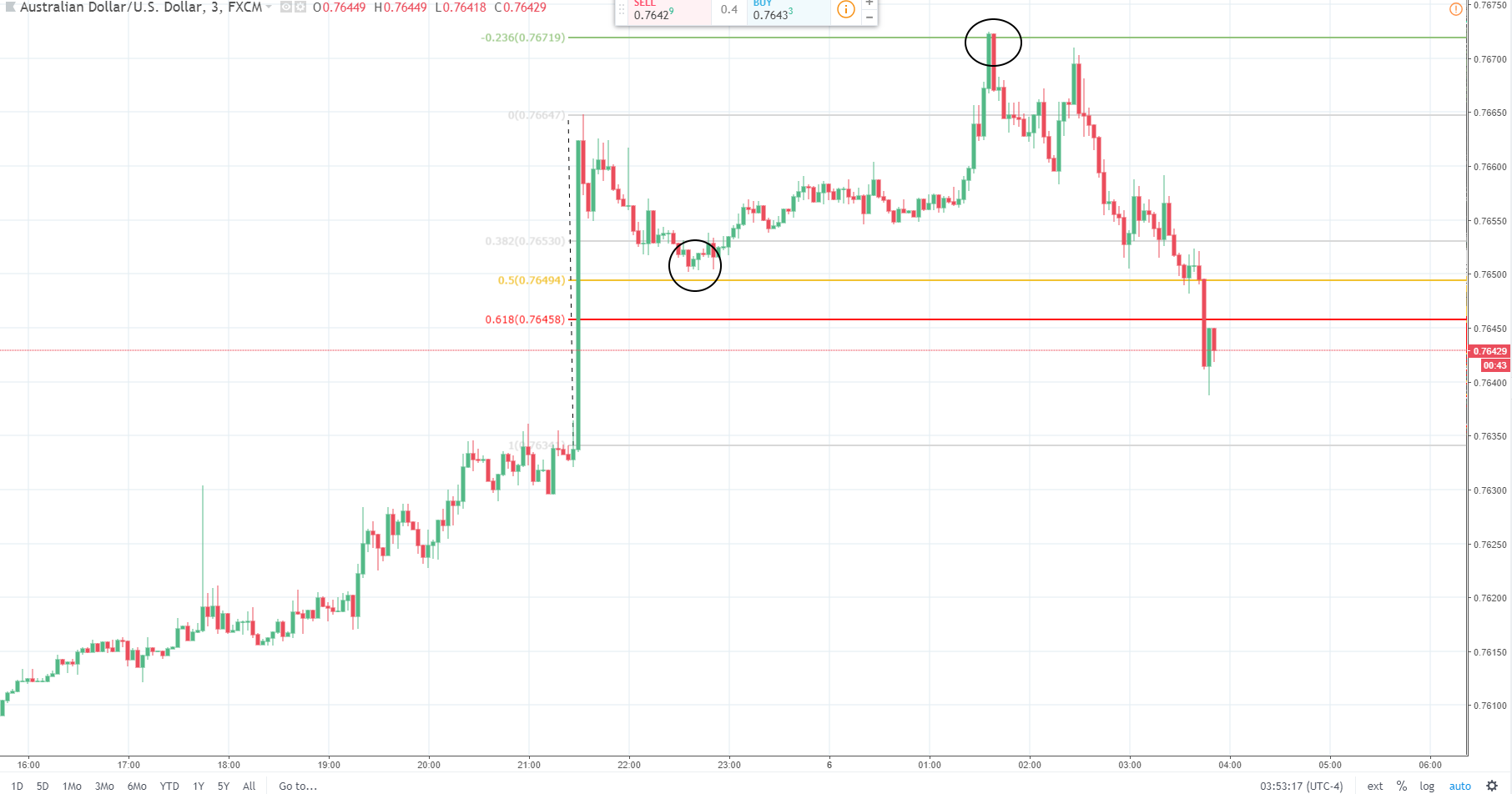 Late night traders had the chance to witness a nice and clean retracement move right into the -23.6% Fibonacci target on the Australian Dollar/U.S. Dollar on better than expected AU GDP data. The 50% retracement was touched about one hour after the release and went into the -23.6% level 3 hours later. Notice how those traders entering at the 50% line used this level in order to take profits.